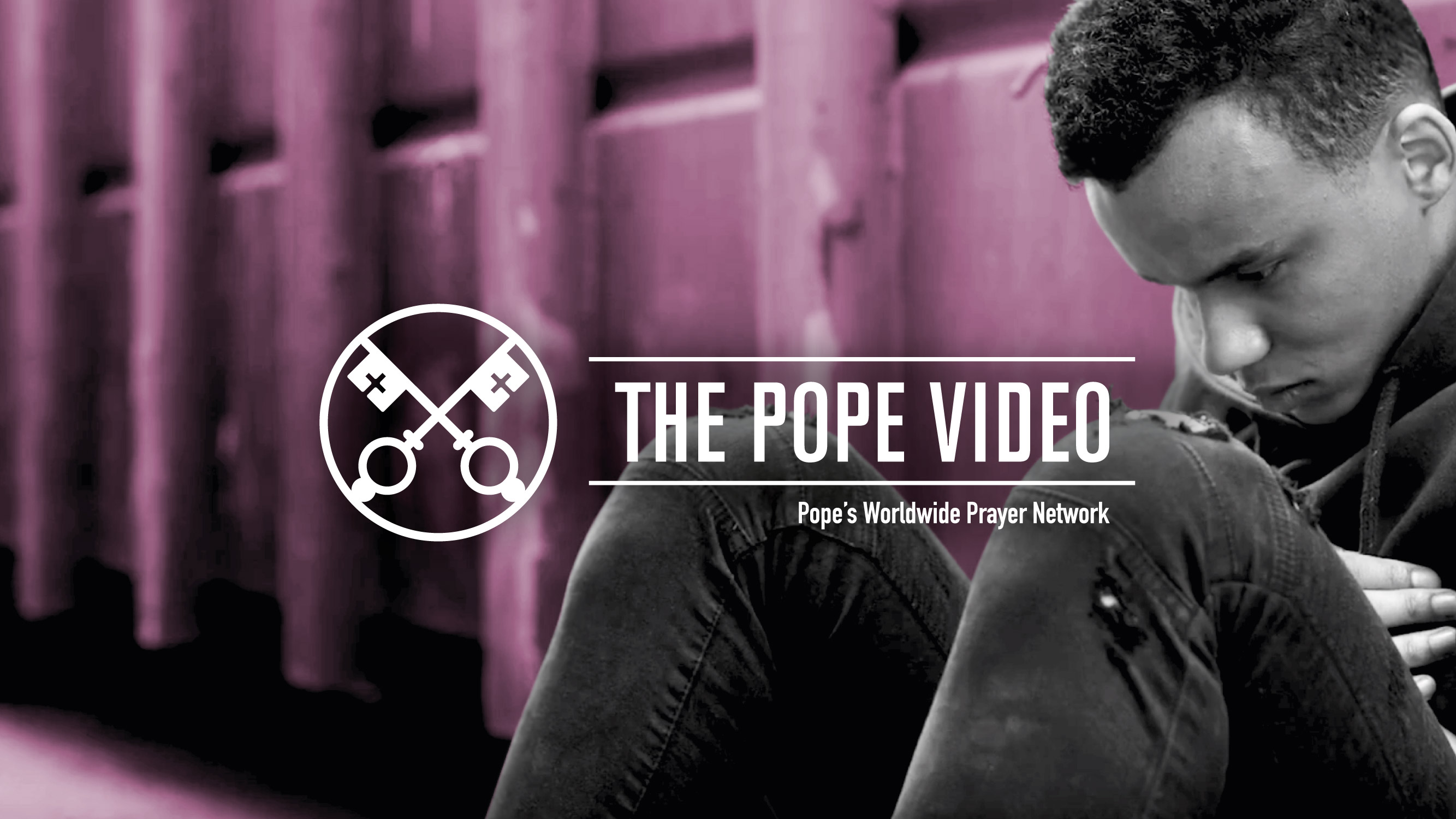 Surely, you’ve heard about the drama of addiction.
And… have you also thought about the addiction to gambling, to pornography, to the internet… and the dangers of virtual space?.
Supported by the “Gospel of Mercy” we can alleviate, care for and heal the suffering associated with new kinds of addiction.
We pray that those suffering from addiction may be properly helped and accompanied.

Pope Francis warns about addictions and the dangers of virtual space

In The Pope Video for April, the Holy Father calls our attention to the addictions that affect society today, and asks us to pray that people be freed from their addictions and the sufferings that go with them.

(Vatican City, April 2, 2020) – The Pope Video for April made known the Holy Father’s prayer intention for this month, entrusted to the Pope’s Worldwide Prayer Network: for liberation from the various addictions that today affect millions of people around the world. During times of great concern due to the worldwide pandemic, Francis doesn’t forget the problems of other people who are suffering, and asks us to pray for them.

The “drama of addiction” not only refers to drug, alcohol, and tobacco addictions, which continue to be the most prevalent causes of addiction in society. Today, this drama takes on various new forms: according to the World Health Organization, the growing use of the Internet, computers, smartphones, and other electronic devices that have appeared in recent decades is associated not only with clear and enormous benefits for their users and for society, but also with documented cases of excessive use, which often leads to various addictions with negative health consequences. They have to do with compulsive gambling, with pornography, with the excessive use of videogames, and with the almost constant presence of users in platforms of the digital world. The excessive use of these platforms has a significant impact on the quality of our daily relationships, including the closest ones.

In the face of these “dangers of virtual space,” the Holy Father explains that “supported by the ‘Gospel of Mercy’ we can alleviate, care for and heal the suffering associated with new kinds of addiction,” through prevention, for example, rehabilitation and reintegration projects.

Fr. Frédéric Fornos SJ, International Director of the Pope’s Worldwide Prayer Network (which includes the Eucharistic Youth Movement, EYM), said that “Christian communities don’t pretend to give answers. There are competent organizations and associations that help people liberate themselves from their addictions. However, Christian communities can truly provide support. They are called, through fraternity and forgiveness, to help all those who are slaves to drugs or other forms of addiction to have an encounter with Jesus Christ; to experience that God saves.” He also explained how Christian spiritual tradition has great experience in helping people not to let themselves be dragged along paths that lead to death, but rather to choose life. “For example, we can call to mind the diseases of the soul diagnosed by Evagrius Ponticus, one of the desert fathers of the 4th century, also known as the ‘scrutinizer of the soul.’ Evagrius, inviting us to nourish ourselves with the Word of God, helps us to ‘order our life,’ to orient it only towards the Lord, ‘the Way, the Truth and the Life’ (John 14).”

Always close to those who suffer, Francis in The Pope Video prays that “those suffering from addiction may be properly helped and accompanied.”