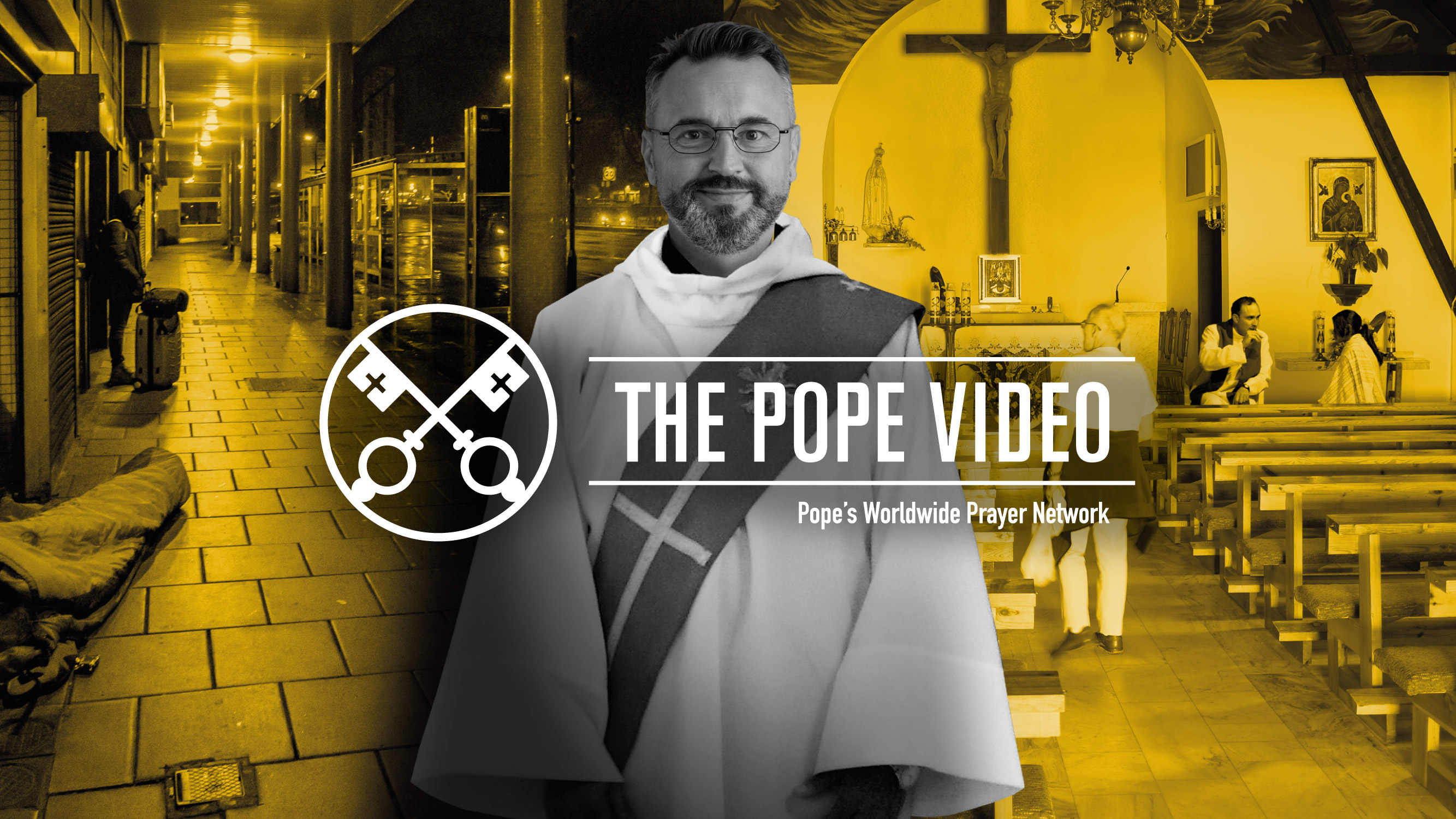 Let us pray that deacons, faithful in their service to the Word and the poor, may be an invigorating symbol for the entire Church.

Deacons are not second-level priests.
They are part of the clergy and live their vocation in and with their family.
They are dedicated to the service of the poor, who carry within them the face of the suffering Christ.
They are the guardians of service in the Church.
Let us pray that deacons, faithful in their service to the Word and the poor, maybe an invigorating symbol for the entire Church.

Guardians of Service in the Church: Deacons are protagonists of The Pope Video for May


In The Pope Video for May, the Holy Father brings to the fore a special figure within the clergy—deacons—and asks us to pray that they may be “an invigorating symbol for the entire Church.”

(Vatican City, May 5, 2020) – The new Pope Video has just been published, as it is each month, to make known the prayer intention that the Holy Father has entrusted to the Pope’s Worldwide Prayer Network. On this occasion, it is about deacons, “the guardians of service in the Church” and of a renewed apostolate in today’s world. Pope Francis exhorts us to pray for them, that they may be “an invigorating symbol for the entire Church.”

The ecclesiastical ministry, which is the ministry of men dedicated to God’s service, includes three degrees of the sacrament of Orders: bishops, priests, and deacons. “Deacons share in Christ’s mission and grace in a special way. The sacrament of Holy Orders marks them with an imprint (“character”) which cannot be removed and which configures them to Christ, who made himself the ‘deacon’ or servant of all.” They are ordained ministers and a sign, in the heart of the Church, of Christ the Servant. In fact, the Greek word diakonía means service, and this is the spirit that defines their function: they help through the service to the Word, service of the liturgy, and service to the poorest and most disadvantaged. In the Pope’s words, “They are dedicated to the service of the poor, who carry within them the face of the suffering Christ.”

Not everyone knows that priests are ordained deacons for service to the community; it’s even less known that permanent deacons, who also live according to the charism and vocation of service to others, are married and live “their vocation in and with their family.” Today, there are more than 46,000 permanent deacons throughout the world.

Fr. Frédéric Fornos SJ, International Director of the Pope’s Worldwide Prayer Network (which includes the Eucharistic Youth Movement—EYM), comments that “Jesus, in his last hours with his disciples, revealed himself as the servant of God par excellence. His last words became actions when he washed his disciples’ feet, as recorded in the Gospel according to Saint John. It was his testament. He is revealed as the Suffering Servant (see Is 52:13-53:12). All of his life was service: service to the poorest and most vulnerable. This is how Jesus understood his own life, as Saint Matthew tells us: ‘The Son of Man did not come to be served but to serve and to give his life as a ransom for many’ (Mt 20:17-28). In the Church, we should all incarnate this attitude of service. Deacons, symbols in the Church of Christ the Servant, remind us of this. As Francis tells us, they are ‘an invigorating symbol for the entire Church.’ The Church needs them.”

In point 104 of the Final Document of the Synod of Bishops on the Amazon, the pope says forcefully, “Today’s diaconate should also promote integral ecology, human development, social pastoral work, and service to those in situations of vulnerability and poverty; modelled on Christ the Servant and becoming a merciful, Samaritan, solidary and diaconal Church.”

Let us pray, as Pope Francis invites us in The Pope Video, that all deacons, “faithful in their service to the Word and the poor, may be an invigorating symbol for the entire Church.”