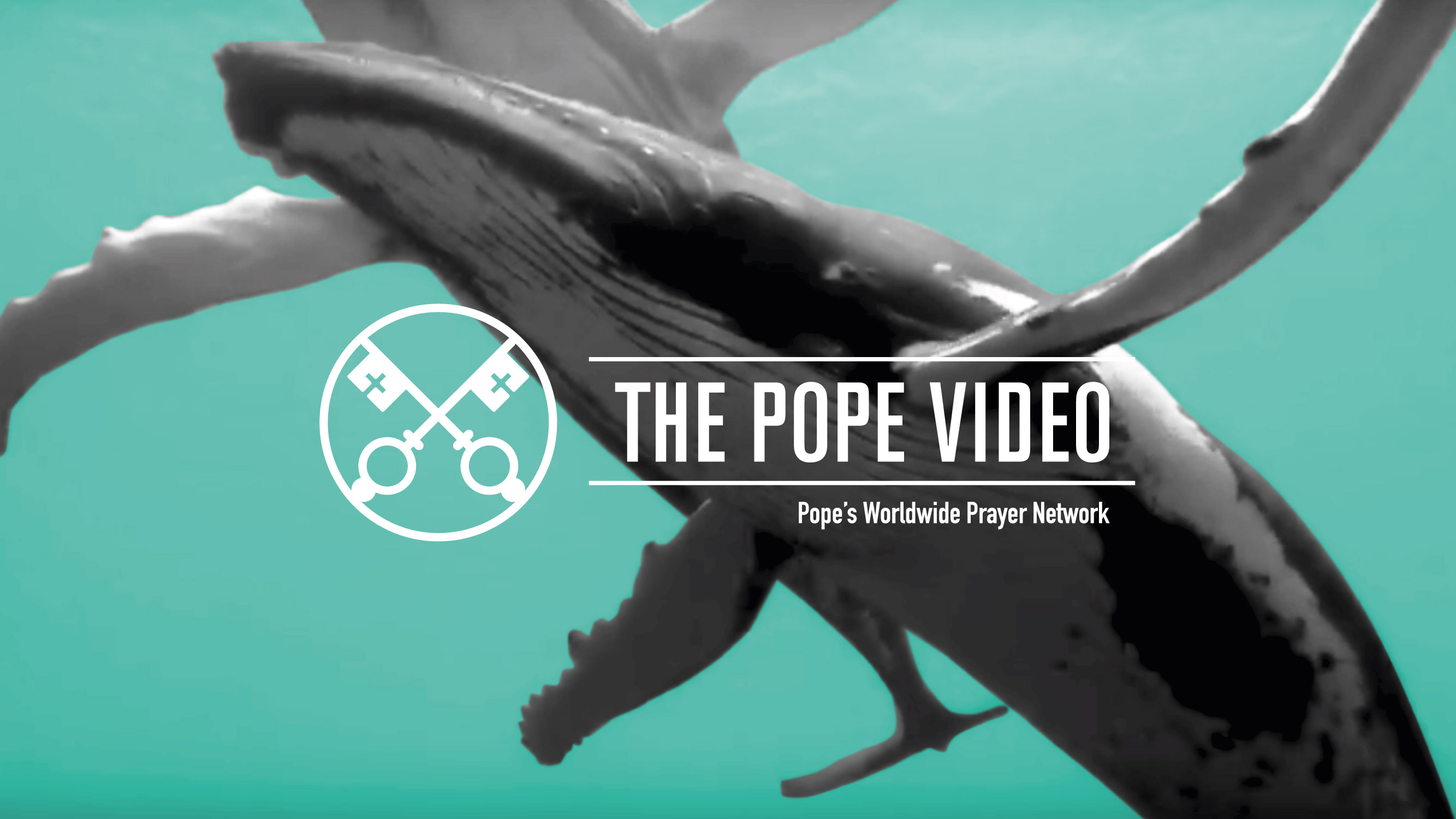 Let us pray this month that politicians, scientists and economists work together to protect the world’s seas and oceans.

Oceans contain the bulk of our planet’s water supply, and also most of the immense variety of living creatures, many of them are threatened for various reasons.
Creation is a project of love given by God to humanity.
Our solidarity with the “common home” is born from our faith.
Let us pray this month that politicians, scientists and economists work together to protect the world’s seas and oceans.

The French journalist and environmental photographer Yann Arthus-Bertrand, recognized for his long cinematographic career dedicated to the care of the planet, gets behind the cameras to co-direct this September’s edition of The Pope Video, which centers on protecting the seas and oceans.

(Vatican City, August 31st, 2019) – As he does every month, Pope Francis has just launched “The Pope Video,” an official initiative with global reach, with the objective of disseminating his prayer intentions regarding the challenges facing humanity and the mission of the Church. This initiative is carried out by the Pope’s Worldwide Prayer Network (including the Eucharistic Youth Movement), a service the Holy See founded 175 years ago as the Apostleship of Prayer.

What’s new about this September edition, which centers on the Holy Father’s concern for the seas and oceans, is that it was co-directed by Yann Arthus-Bertrand and Michael Pitiot, of Hope Production, in a co-production with La Machi – Communication for Good Causes agency and Vatican Media. The French director and photographer has a long career connected to environmental activism. His specialization in photography and aerial views — 500,000 images taken in more than one hundred countries, thanks to the work of more than one hundred photographers — has gained him worldwide recognition. Today, he brings together his vocation to capture in images the beauty of the Earth and the challenges the planet faces with the monthly message the Holy Father directs to all Catholics and to all people who desire a better world —to pray and take action to confront the challenges facing humanity.

This month’s Pope Video talks about the grave challenge of protecting the oceans. Marine phytoplankton is responsible for the production of more than half of the planet’s oxygen, so we can say that the oceans are one of the world’s lungs. The Pope is concerned because “oceans contain the bulk of our planet’s water supply, and also most of the immense variety of living creatures.”

Yann Arthus-Bertrand joins Francis in proclaiming this warning and the urgency of taking measures to protect the oceans. A 2009 “Goodwill Ambassador” for the United Nations Environment Program (UNEP), he directed that same year his first full-length film, Home, about the state of our planet. It was seen by nearly 600 million people. In 2012, he directed Planet Ocean with Michael Pitiot, a 90-minute documentary that talks about man and the oceans and shows extraordinary images of the seas. Just before, Michael Pitiot produced a documentary series on the Tara Oceans mission launched in September 2009 and that aimed at studying the effect of global warming on planktonic and coral systems.

Presented during the Earth Summit 2012 in Rio de Janeiro (RIO+20), Planet Ocean is a collaborative work that aims to explain some of the planet’s greatest natural mysteries and to highlight how essential it is for humanity to learn to live in harmony with our oceans. All of Bertrand’s work bears witness to his desire to awaken a collective and responsible awareness in order to sensitize the greatest possible number of people. His films, produced by his company Hope Production, are available for free for NGO’s, associations, and schools as part of their environmental education programs, through his GoodPlanet Foundation.

“I think that the solution to save our planet will be spiritual”, commented Yann Arthus-Bertrand. “So, it’s a great honor to join Pope Francis in this official and global call for action. I totally share his values and the vision he described in Laudato Si’. I’m very proud to act with him about the vital question of the protection of the ocean environment.”

The Pope Video about protecting the oceans asks those responsible for protecting them to mobilize, and calls all Catholics to pray and to remember that “our solidarity with the ‘common home’ is born from our faith.” Francis focuses on the importance of Creation, which “is a project of love given by God to humanity.”