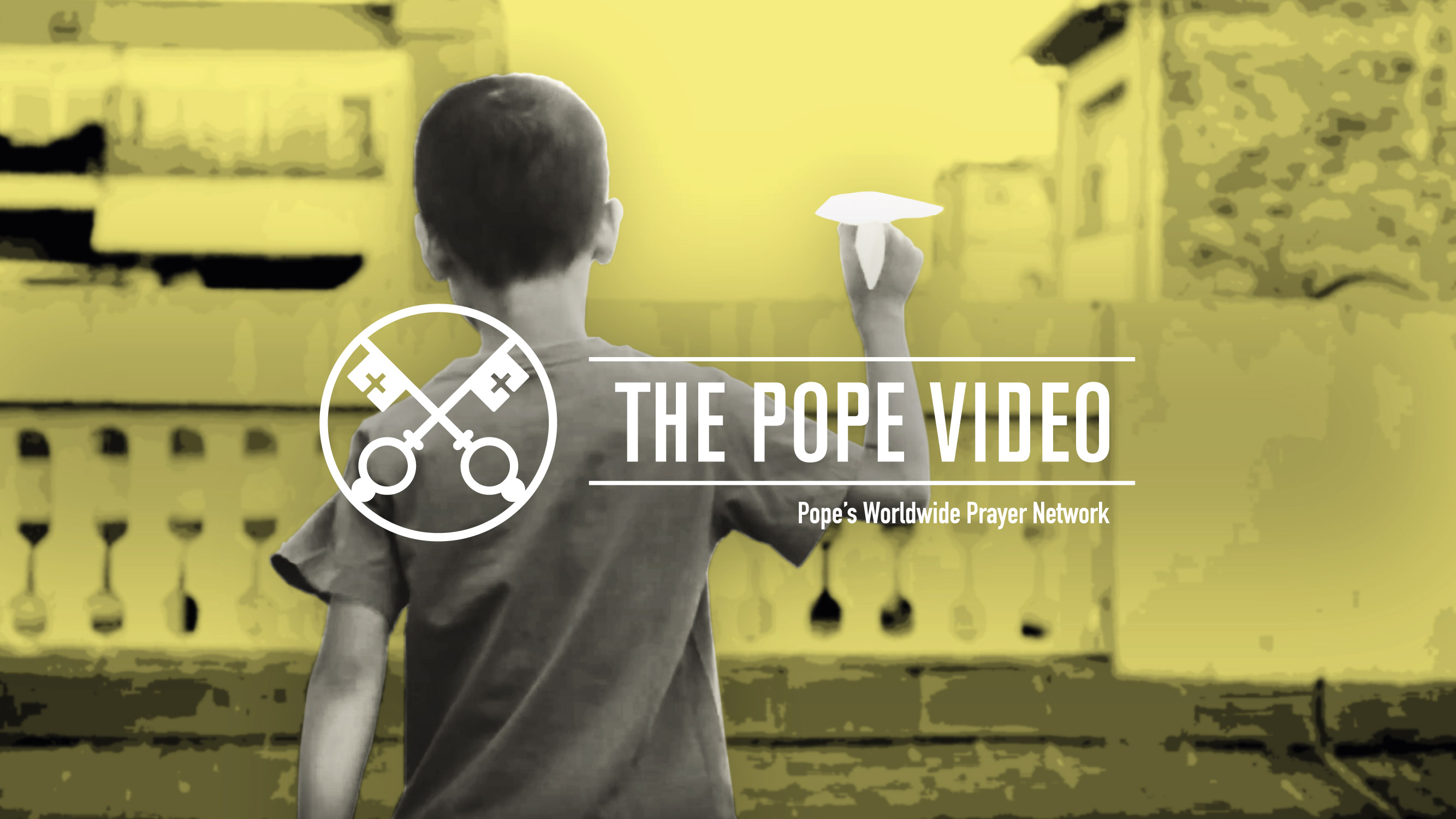 In this extraordinary missionary month, let us pray that the Holy Spirit engender a new missionary spring in the Church.

Today, a new impulse to the Church’s missionary activity is needed to face the challenge of proclaiming Jesus and his death and resurrection.
Reaching the peripheries—the human, cultural, and religious settings still foreign to the Gospel: this is what we call the missio ad gentes.
We must also remember that the soul of the Church’s mission is prayer.
In this extraordinary missionary month, let us pray that the Holy Spirit may engender a new missionary spring for all those baptized and sent by Christ’s Church.

The Pope Video – October 2019: Missionary spring in the Church.

Pope Francis prays for a new missionary spring in the Church

In The Pope Video for October, which is being released during the inauguration of the Extraordinary Missionary Month, the Holy Father proposes imparting a “new impulse to the Church’s missionary activity.”

(Vatican City, October 1) — This month of October, The Pope Video is directed to all Catholics, inviting them to reawaken their missionary awareness and face “the challenge of proclaiming Jesus and his death and resurrection.” This month’s edition of the video is presented in the framework of the beginning of the Extraordinary Missionary Month (EMM)—#MissionaryOctober—convoked by Pope Francis “with the aim of fostering an increased awareness of the missio ad gentes and taking up again with renewed fervour the missionary transformation of the Church’s life and pastoral activity.” The Pontifical Mission Societies have echoed the words of the Holy Father, who has expressed the desire that this EMM may be “an intense and fruitful occasion of grace, and promote initiatives and above all prayer, the soul of all missionary activity.”

“Missionary outreach is paradigmatic for all the Church’s activity.” There are regions in which the Church is still nascent and needs special support—mission territories, as they are called. Currently, there are 1,109 such territories located in Africa, Asia and the islands of Oceania, and the Americas. It’s estimated that 37% of the Universal Church is mission territory; that is to say, more than a third of the Catholic Church. This situation implies work that is in constant evolution, since as new territories are created, new social, educational, and pastoral institutions are assigned to cover all kinds of needs. An enormous portion of the Church’s social and educational work is carried out in mission territories.

In this video message, Francis proposes “reaching the peripheries—the human, cultural, and religious settings still foreign to the Gospel.” It is a universal call for all to announce the Gospel as missionary disciples. This renewed impulse, however, does not mean engaging in proselytism, but rather communicating life: “God, his divine life, his merciful love, his holiness! It is the Holy Spirit who sends us, accompanies us and inspires us. He is the source of our mission.” The starting point of the missionary endeavor is the joy of the Gospel, and Francis explains that it must be proclaimed with respect for the cultures and traditions of all people, with the awareness that “the soul of the mission is prayer.”

Fr. Frédéric Fornos, SJ, International Director of the Pope’s Worldwide Prayer Network (which includes the Eucharistic Youth Movement), emphasizes that “we can do many things and spent a lot of energy at the service of the mission, but without prayer there’s no true fruitfulness, and everything will become laborious because instead of being docile to the Holy Spirit we trust in our own strength and will… Experience teaches us that it is our prayer, a personal encounter with the Lord, that gives rise to the desire to serve his mission in the world around us, in our neighborhoods and cities and even traveling throughout the world. The mission is not, in fact, a duty or an obligation, but a joyful abundance that overflows from our baptism, from our new life in Christ, and which we cannot help but share.”

In his monthly prayer intention and at the beginning of this Extraordinary Missionary Month, Francis prays that “the Holy Spirit may engender a new missionary spring for all those baptized and sent by Christ’s Church,” members of a “pilgrim Church [which is] missionary by nature.”

adminOctober: Missionary spring in the Church09.30.2019