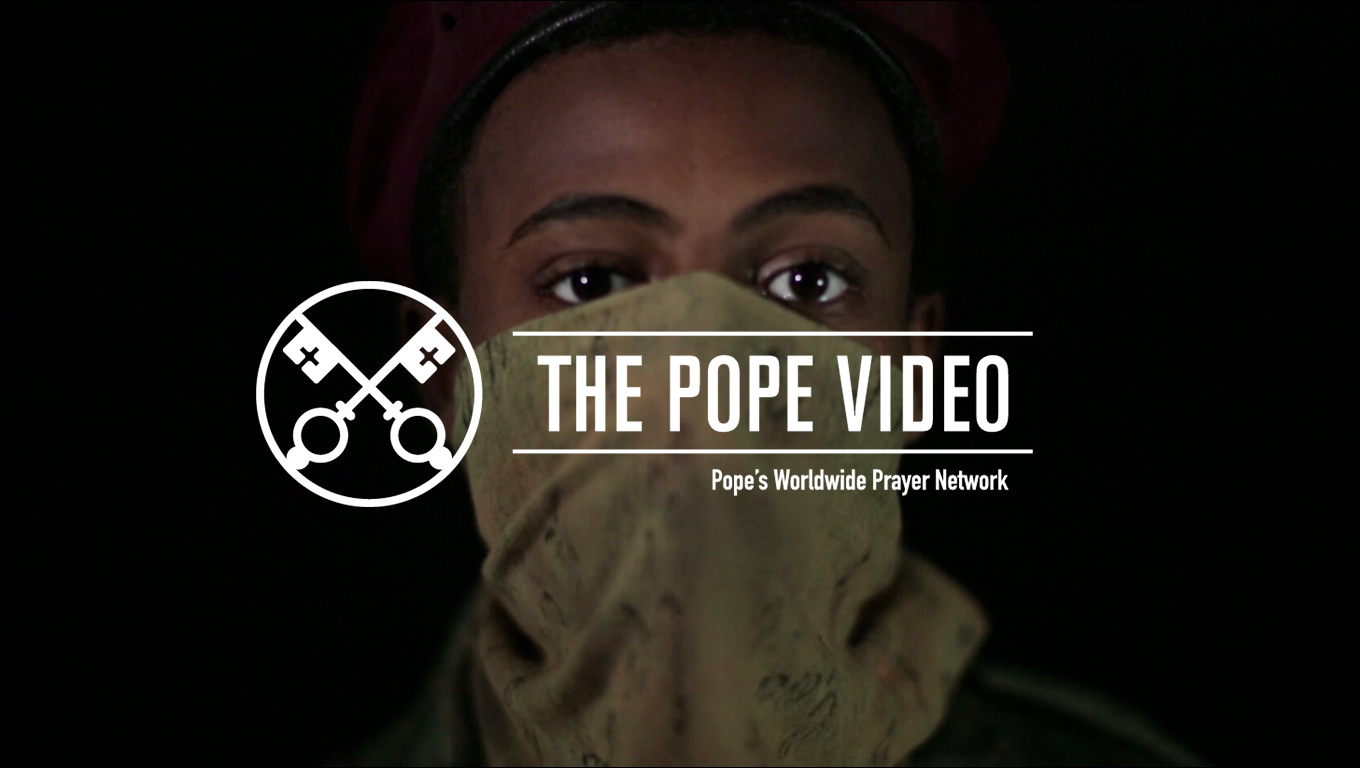 That the scandal of child‐soldiers may be eliminated the world over.

The Pope Video December edition is released. “Child Soldiers” seeks to raise awareness about this slavery victimizing children. Great expectations for the intentions coming in 2017.

(Vatican, December 1, 2016). The Pope Video has released its 12th edition, thus completing a full season of monthly videos on the challenges facing humanity. The Pope’s Worldwide Prayer Network presents “Child Soldiers,” a cause Pope Francis has taken up with this prayer intention: “That nowhere in the world would there be child soldiers.”

“In this world, which has developed the most sophisticated technologies, weapons are sold that end up in the hands of child soldiers.” As we’ve seen in the past, Francis again forcefully transmits his message, this time urging the world to reflect on a reality that is placing the present and future of many children at risk.

The publication of this intention, like those of every month, has been entrusted to the Pope’s Worldwide Prayer Network, so that people may become aware of the urgent need to pray and act. The mission of The Pope Video is to share these intentions with the greatest number of people possible, and thus drive real change.

The UN defines a child soldier as any person below 18 years of age who is, or who has been, recruited or used by an armed force or armed group in any capacity, including as fighters, cooks, porters, spies or for sexual purposes. According to a report from UNICEF, it is estimated there are some 300,000 boys and girls under the age of 18 who are participating in more than 30 conflicts around the world.