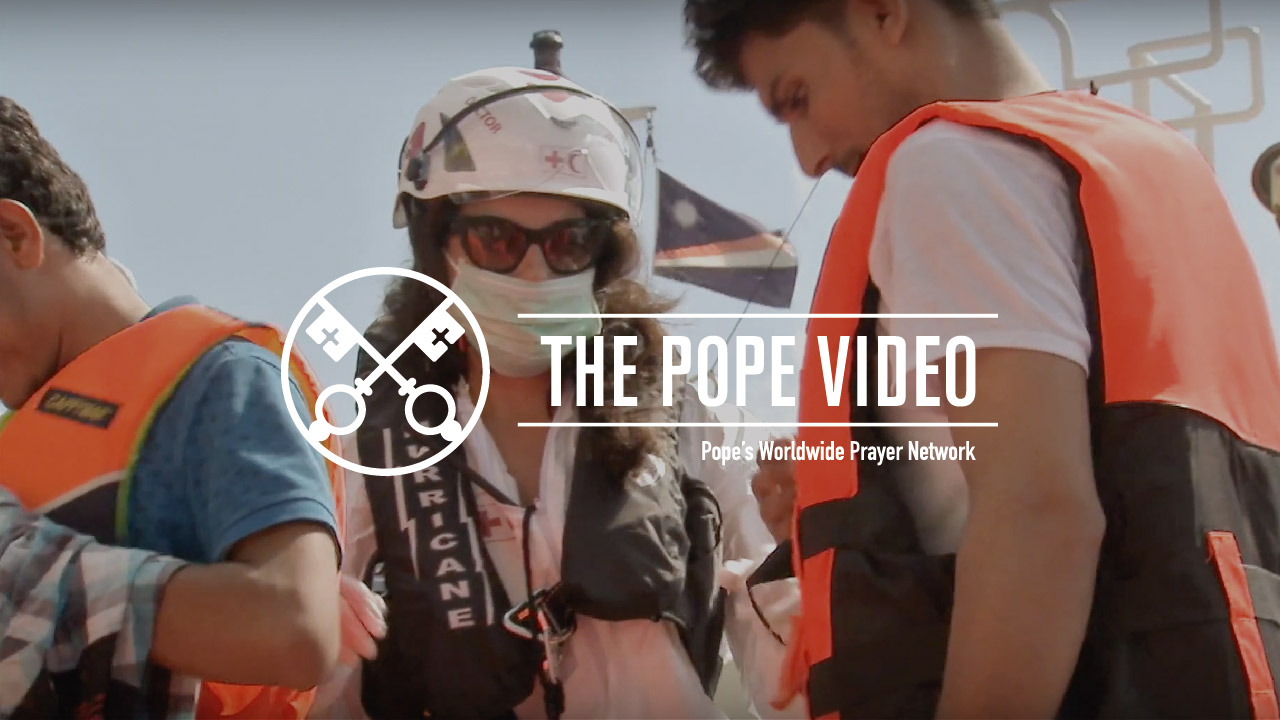 For young people, that they might know how to respond generously to the vocation God has given them, and immerse themselves in the great causes of the world.

I know that you, young people, don’t want to be duped by a false freedom, always at the beck and call of momentary fashions and fads. I know that you aim high. Is that true, or am I wrong?
Don’t leave it to others to be the protagonists of change.
You, young people, are the ones who hold the future!  I ask you to be builders of the world, to work for a better world.  It is a challenge, yes it is a challenge. Do you accept it?
Pray with me that young people may respond generously to their own vocation and mobilize for the great causes of the world.

Pope Francis to young people: “don’t be duped by momentary fashions and fads”

The Pope and his Pope’s Worldwide Prayer Network present this month’s ”The Pope Video”. Using images from popular youth activities, such as CrossFit, Francis challenges young people to go after their vocation to build a better world.

(Vatican City, April 04, 2017).- It’s always been said that young people have in their hands the possibility of changing the world, but few people have been able to communicate this truth as well as Pope Francis.

With his April prayer intention presented in the 16th The Pope Video produced by the Pope’s Worldwide Prayer Network, Francis aims to empower young people so that they “don’t leave it to others to be the protagonists of change.”

With images that reflect the parallel between today’s popular athletic activities (such as CrossFit) and the value in these pursuits, the video for this month strives to strike a chord with young people, asking this generation to take up their role in society.

“I know that you, young people, don’t want to be duped by a false freedom, always at the beck and call of momentary fashions and fads. I know that you are aiming high. Is that true, or am I wrong?”

According to the UN, by the end of 2011, the population of the world had exceeded 7 billion, with half of this number (50.5%) being under 30 years old. The UN speaks of youth as the “determining factor of social change, of economic development and technical progress. Their imagination, their ideals, their perspectives and their energy are indispensable for the development of the societies in which they live.”

“With the Pope’s Worldwide Prayer Network and our youth branch, the Eucharistic Youth Movement, we are very eager to join the Pope in this intention,” said Jesuit Father Frédéric Fornos, international director of the network and movement. “In his message to young people for the diocesan World Youth Day of April 7, 2017 (in preparation for the worldwide encounter in Panama in January 2019), Pope Francis encouraged them to ‘improve the world’ and ‘leave an imprint that makes a mark on history.’ Once more, in his monthly video, he shows his confidence in the capacities young people have and in their generosity. He encourages them to respond to their vocation and immerse themselves in the great causes of the world.”