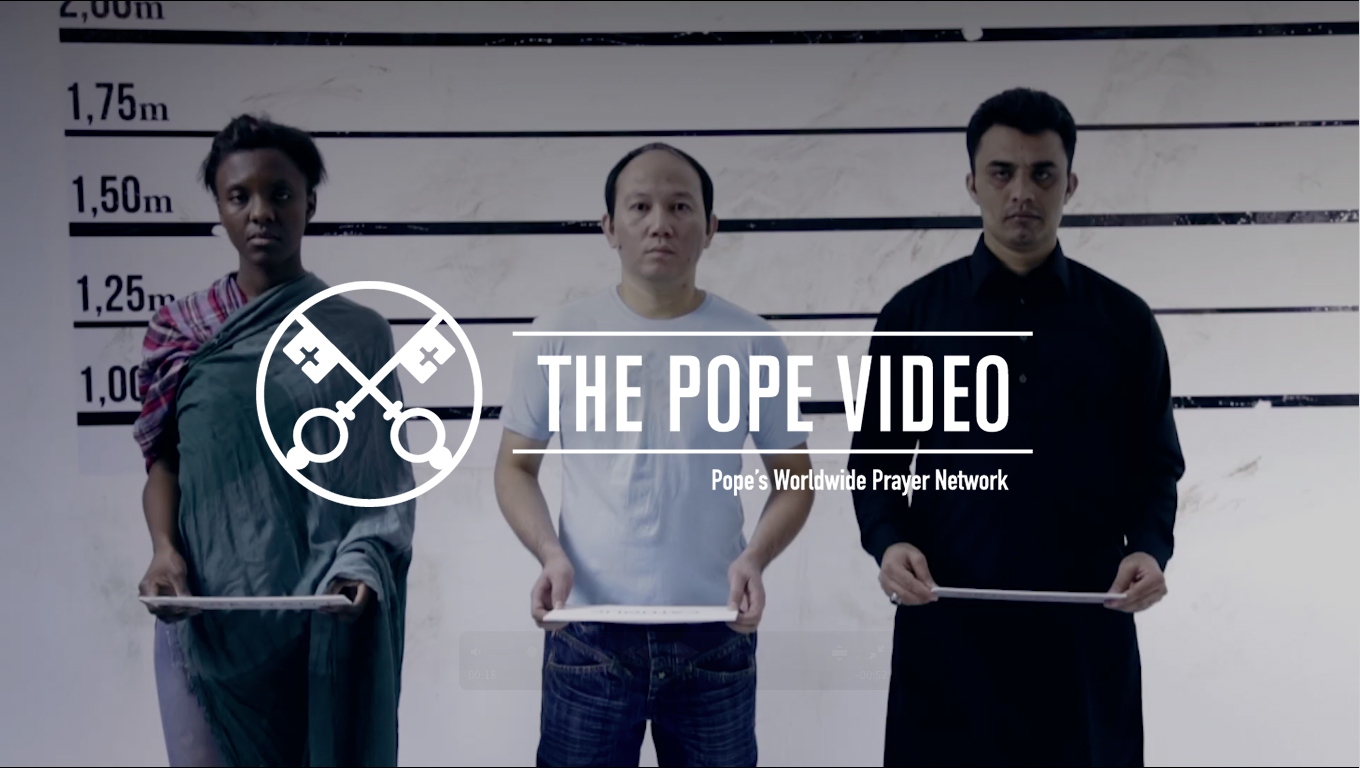 In a production that evokes the 90s hit film “The Usual Suspects”, Pope Francis in this month’s “The Pope Video” denounces the persecution of Christians that is occurring in various parts of the world.

(Vatican, March 2, 2017).- Why are Christians treated as criminals in some parts of the world? With this question as his springboard, Pope Francis has released the 15th The Pope Video through the Pope’s Worldwide Prayer Network. The video aims to bring awareness to the plight of Christians who are persecuted and killed because they are Christians. Those who persecute them make no distinction between the religious communities to which they belong.

“How many people are being persecuted because of their faith, forced to abandon their homes, their places of worship, their lands, their loved ones!” Francis exclaims, in denouncing religious persecution.

Evoking the 90s hit film The Usual Suspects, the Pope protests Christians being treated as criminals simply because of their faith, as viewers see a police lineup of three Christians of diverse denominations.

According to the Religious Freedom Report from the pontifical foundation Aid to the Church in Need (ACN), religious liberty is decreasing in 11 of the 23 worst-offending countries. In another seven countries with this same classification, conditions of religious discrimination are already so severe that there’s hardly any way they could get worse.

“Do it with me, that they may be supported by the prayers and material help of all the Churches and communities” the Pope invites.

“Francis’ intention for this month is as difficult as it is urgent,” says Jesuit Father Frédéric Fornos, international director of the Pope’s Worldwide Prayer Network and its youth branch, the Eucharistic Youth Movement. “Thousands of Christians around the world are discriminated against or persecuted, simply for the fact of being Christian. And let us not forget that there are also other religious persecutions. Today there is a pressing need to unite all the Churches and Christian communities, to give support with prayer and material and economic assistance where it’s necessary.”

Johannes Heereman, international executive president of ACN, says it clearly: “Religious liberty is a fundamental principle of human rights. In the headlines practically every day, we see the clear link between violence, oppression and the negation of this basic human right. We believe we must raise our voices whenever any faith community is being unjustly attacked.” ACN annually supports more than 5,000 projects around the world in support of the suffering church.

The intentions are entrusted each month to the Pope’s Worldwide Prayer Network and The Pope Video is produced by La Machi Communication for Good Causes with the support of the Society of Jesus, IndigoMusic, GettyImagesLatam and the collaboration of the Vatican Television Center. It also has Aleteia as a media partner and ACN as grand benefactor. Since its launch in January of 2016, it has had more than 13 million views on its own networks.

About Aid to the Church in Need (ACN)
ACN is a pontifical foundation that supports Christians where they are persecuted, oppressed or where poverty is such that makes it difficult for them to practice their faith. ACN does this by supporting more than 5,000 projects annually in more than 140 countries and by reporting on the situation of Christians in the world. More information at: www.acninternational.org

adminPope denounces persecution of Christians with this month’s “The Pope Video”03.10.2017