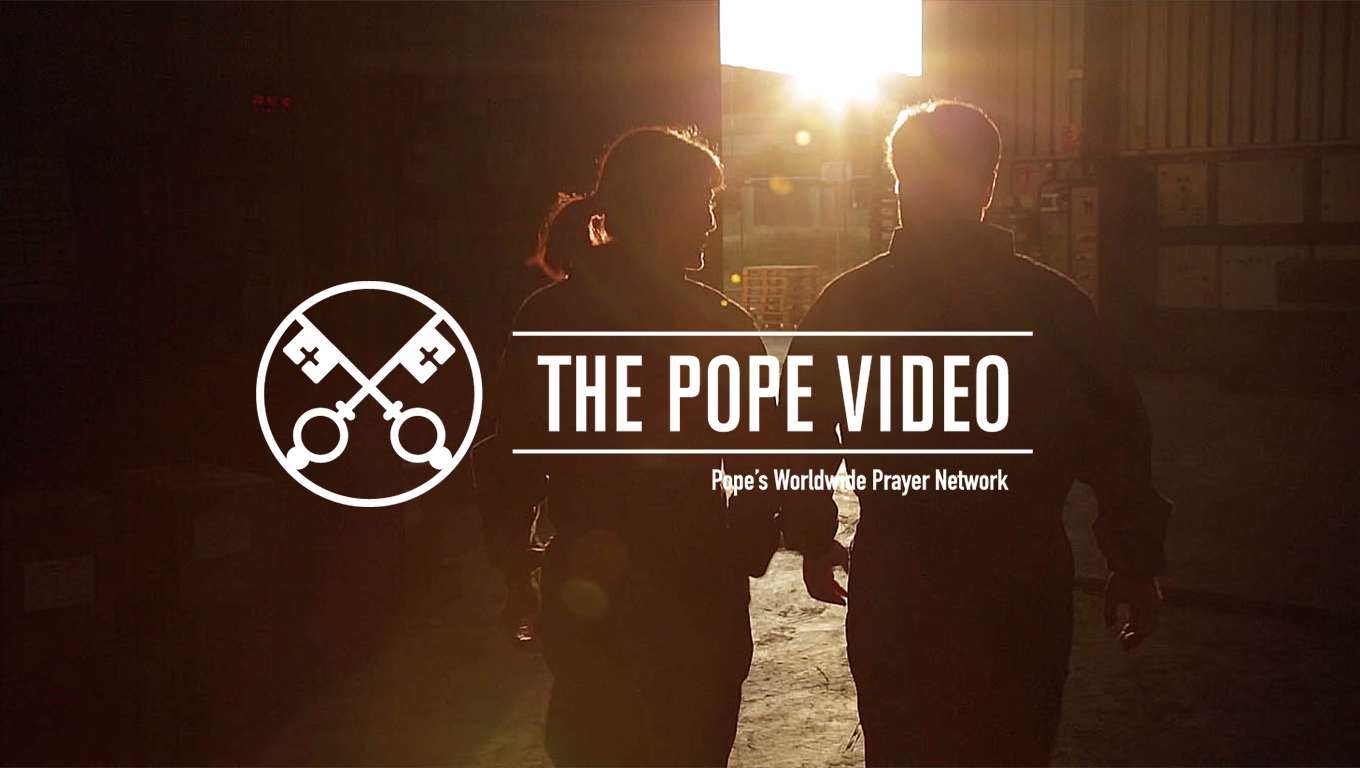 That each may contribute to the common good and to the building of a society that places the human person at the center.

Everyday situations such as coexistence in community, work in a factory and customer care are some of the images that the September The Pope Video shows to raise awareness of the crisis we are facing. “Come, help me,” the Pope invites people to contribute to the common good of all in the ninth video of The Pope’s Worldwide Prayer Network.

(Vatican, September 5, 2016).- In the “most collective” intention so far this year, the Pope is concerned about the crisis in the world that “not only economic and financial, but is also ecological, educational, moral, and human.”

The Pope’s Worldwide Prayer Network for this month created a video that seeks to raise awareness about situations that touch our daily lives at work, in community life, in families and in other everyday areas. As expressed by the Pope in all these scenarios are pronounced crisis situations, and that is where you can see the opportunity for change. “When we talk about crisis, we talk about dangers, but also opportunities. What is the opportunity? Being solidarity,” Pope Francis says in The Pope Video.

The United Nations Organization (UN) agreed the origins of the humanitarian crises, can arise from environmental, social or cultural policy issues, among others. But also what stands out is the need for “international cooperation in solving problems of an economic, social, cultural or humanitarian character.”

Father Frédéric Fornos, SJ, appointed by Francis as International Director of the The Pope’s Worldwide Prayer Network and its youth branch, the Eucharistic Youth Movement (EYM) thinks that, “the intention of Francis that we have to make reality is to focus and engage in change. A style with small gestures and everyday decisions contribute to the common good and to build a society that puts the human person at the center. The will is not enough, because this change calls for a profound conversion of our lives. It is prayer, closeness to Jesus, to His Word, which transforms our hearts and helps us to live each day with a sober and supportive style. ”

The Pope Video – September: For a more human society