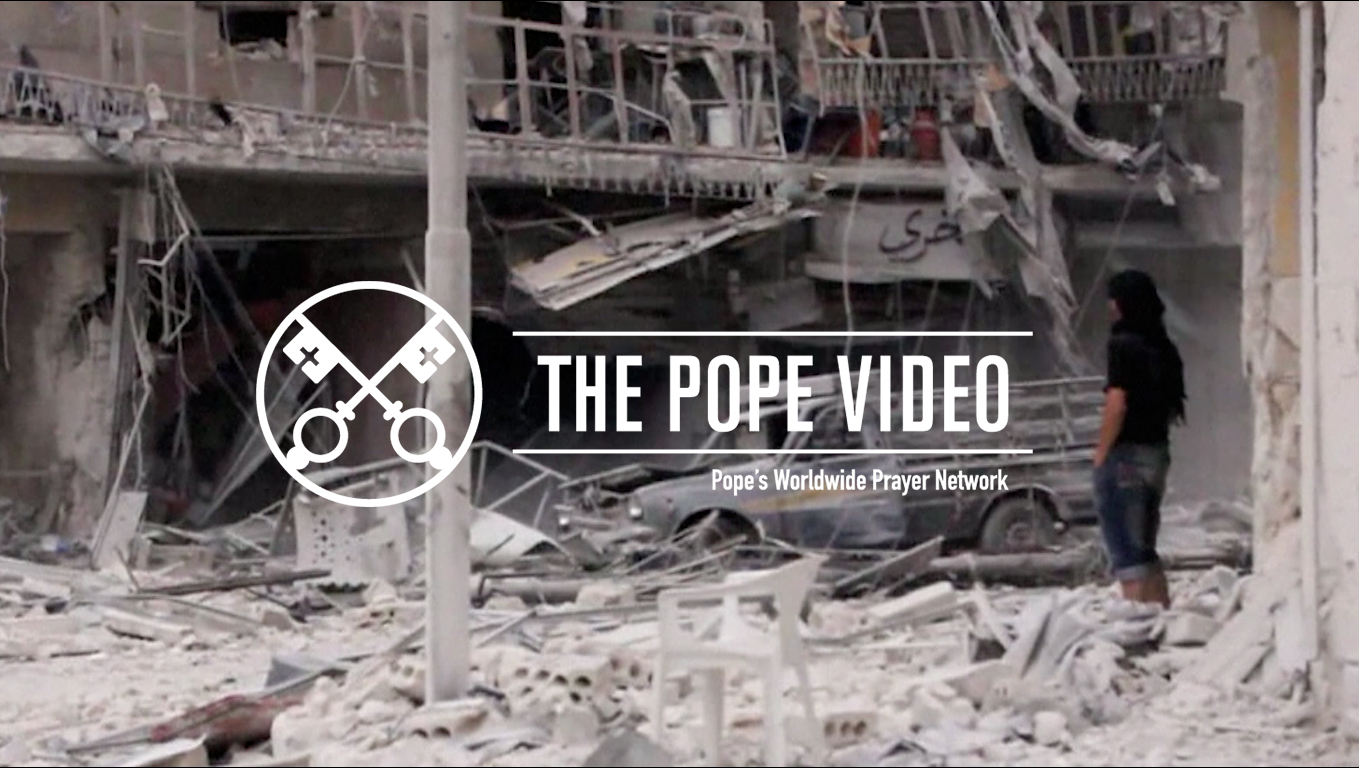 The June edition of the The Pope Video, from the Pope’s Worldwide Prayer Network, is focused on the elimination of the arms trade. Its release follows just days after Francis met with the president of the United States, asking him to work for world peace.

VATICAN, June 2, 2017 — The much-anticipated monthly release of The Pope Video from the Pope’s Worldwide Prayer Network takes up in June a theme that must be addressed: the elimination of the arms trade.

Pope Francis begins the video declaring, “It is an absurd contradiction to speak of peace, to negotiate peace, and at the same time, promote or permit the arms trade.” He thus alludes not only to the problem itself, but to the hypocrisy of governments that resist a real commitment to resolving this global issue.

During the video, which highlights the double-speak between signing peace agreements and continuing to sell arms to perpetuate unnecessary wars, the Pope puts forward this unsettling question: “Is this war or that war really a war to solve problems or is it a commercial war for selling weapons in illegal trade and so that the merchants of death get rich?”

According to a study from the Stockholm International Peace Research Institute (SIPRI), the commercial arms trade is at its highest level since the end of the Cold War. The increase has been caused by the conflicts in the Middle East, the tensions in the South China Sea, and the perception of the threat Russia poses to its neighbors. The majority of arms sales comes from the five permanent members of the UN Security Council: the United States, Russia, China, France and the United Kingdom. Germany, Spain and Italy, meanwhile, are among the main manufacturers, while Saudi Arabia, the United Arab Emirates, and Turkey are among the main buyers.

“The Pope’s request this month is forceful,” said Jesuit Father Frédéric Fornos, international director of the Pope’s Worldwide Prayer Network and its youth branch, the Eucharistic Youth Movement. “We need cooperation and commitment, to urge world leaders to firmly commit to putting an end to the arms trade. There are so many dark strategic, industrial, and political interests that result in the death of so many innocent victims around the world. Do we know which industries in our countries benefit from the arms trade?”

adminFrancis exhorts world leaders to put an end to the arms trade06.10.2017