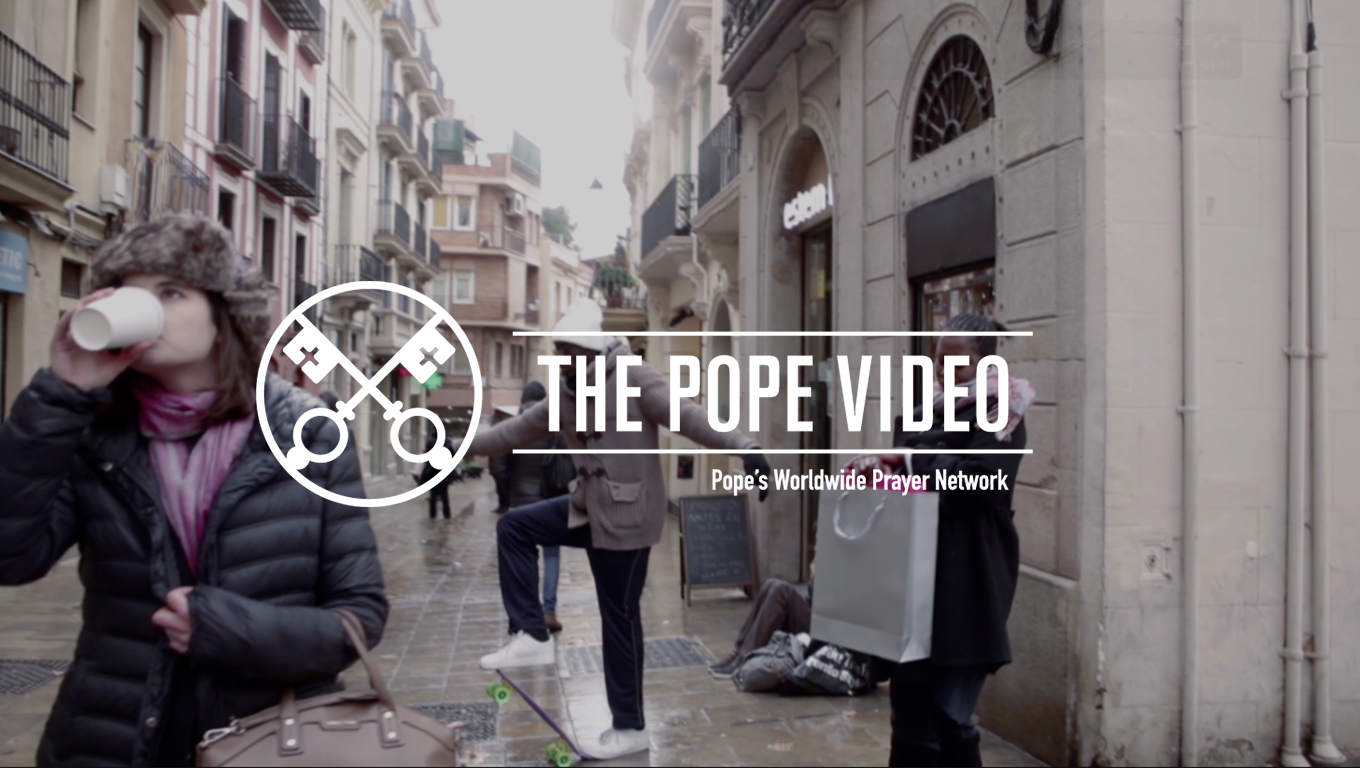 The February’s “The Pope Video” draws from the popular “mannequin challenge” to invite the entire world to leave aside the culture of passivity and indifference.

(Vatican, February 2, 2017).- The Pope has released his 14th prayer intention video. Titled “Welcome the Needy,” the video illustrates Francis’ prayer intention for people who are abandoned or in vulnerable situations.

This month, the Pope draws from the popular “mannequin challenge,” which has filled social media with videos of people frozen in all types of activities or humorous and difficult body positions.

But the Pope’s proposal is to go in the exact opposite direction and recognize that passivity —stillness— and indifference toward those who suffer are attitudes that society must urgently reject.

“We live in cities that throw up skyscrapers and shopping centers and strike big real estate deals… but they abandon a part of themselves to marginal settlements on the periphery,” Pope Francis laments, comparing the realities faced by the different segments of modern society.

“This month we want to unite, as Francis says, on behalf of ‘those who are weighed down, especially the poor, refugees and marginalized, that they might find welcome and support in our communities.’ There are so many walls that are built out of fear of others! ‘Walls that enclose some and leave others out,’ as Pope Francis said in the 3rd World Meeting of Popular Movements (November 2016). But he added, ‘All walls collapse.’ Let us pray so that it is not fear that directs our lives, but mercy, opening our hearts and our arms to all those who are excluded, marginalized, weighed down and desperate (Matthew 11:28),” said Jesuit Father Frédéric Fornos, international director of the Pope’s Worldwide Prayer Network and its youth branch, the Eucharistic Youth Movement.

The intentions are entrusted each month to the Pope’s Worldwide Prayer Network and The Pope Video is produced by La Machi Communication for Good Causes with the support of the Society of Jesus, IndigoMusic, GettyImagesLatam and the collaboration of the Vatican Television Center. It also has Aleteia as a media partner. Since its launch in January of 2016, it has had more than 13 million views on its own networks.