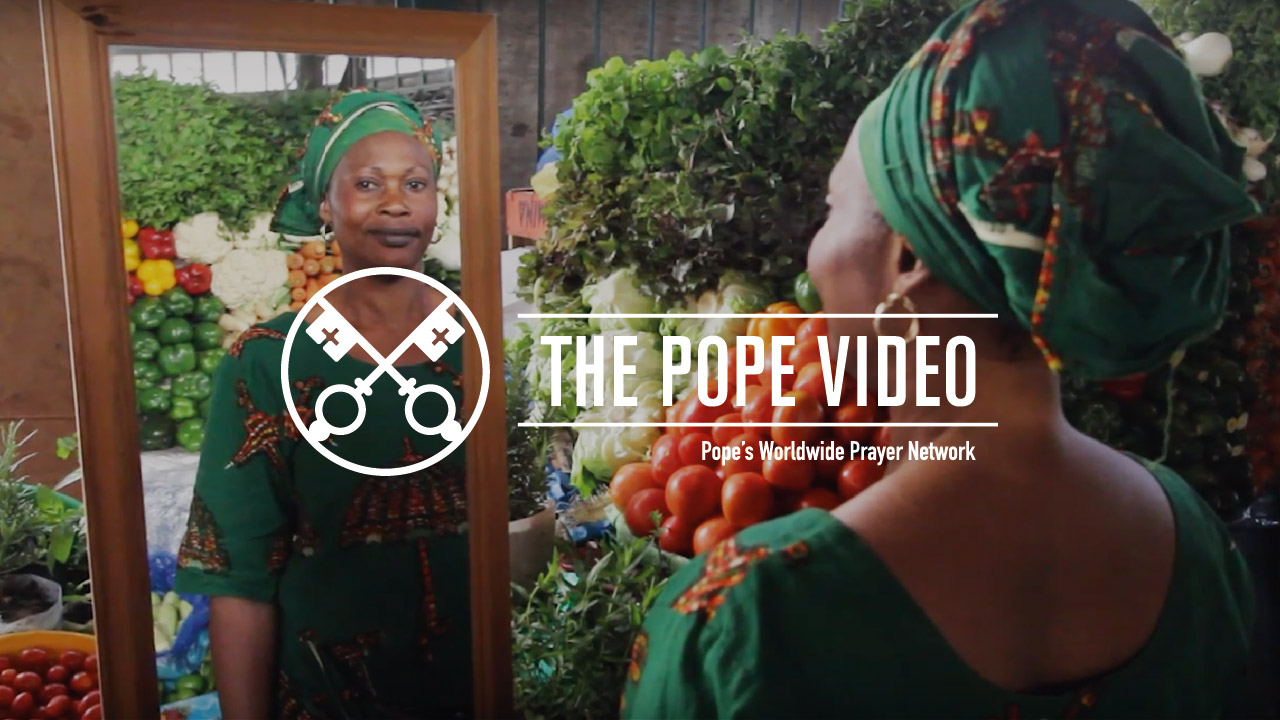 Pope Francis and the Pope’s Worldwide Prayer Network present the 17th edition of The Pope Video. This month, the Holy Father makes a heartfelt appeal for Christians in Africa, so that they can give a testimony of justice and peace.

(Vatican City, May 4, 2017) – Africa is not often at the center of headlines from around the globe. However, with his May prayer intentions transmitted through The Pope Video, Pope Francis is drawing attention to the tragedies that thousands of Africans endure every day.

“We cannot fail to see the fratricidal wars decimating peoples and destroying these natural and cultural resources,” warns the Pope.  “Let us join with our brothers and sisters of this great continent, and pray together that Christians in Africa, in imitation of the Merciful Jesus, may give prophetic witness to reconciliation, justice, and peace,” he exhorts.

The Holy Father doesn’t focus exclusively on the problems faced by the inhabitants of the continent; rather Francis highlights the enormous intellectual, cultural and religious patrimony of these nations: “When we look at Africa, we see much more than its great natural richness.”

The video also highlights the joie de vivre and the reasons for hope that characterize Africans. But, at the same time, it stresses the urgent need to end conflicts that are decimating populations, as well as threatening the vitality of the African heritage.

In November 2015, the Holy Father visited Kenya, Uganda and the Central African Republic. Already then, he expressed concern about the growing violence in those countries. “You must be courageous…. Courageous in forgiving, courageous in loving, courageous in building peace,” he told young people there. He also assured them, “you will win the hardest battle in life; you will win in love.”

Jesuit Father Frédéric Fornos, international director of the Pope’s Worldwide Prayer Network and the youth branch, the Eucharistic Youth Movement, notes how “the Pope has also denounced the shameful silence in the face of the massacres in North Kivu (Democratic Republic of Congo).” “I was in this region in January of this year,” Father Fornos said. “There are members of the laity, nuns, friars and priests who courageously seek ways of dialogue and peace, denouncing the interests of many and risking their lives. For all of them, the words and prayers of Pope Francis are a great support.

The intentions are entrusted each month to the Pope’s Worldwide Prayer Network and The Pope Video is produced by La Machi Communication for Good Causes with the support of the Society of Jesus, IndigoMusic, GettyImagesLatam, Fundación Harambee and the collaboration of the Vatican Television Center. It also has Aleteia as a media partner. Since its launch in January of 2016, it has had more than 13 million views on its networks.

adminThis month, Pope Francis prays for the Christians of Africa, so that they can be witnesses of peace05.10.2017