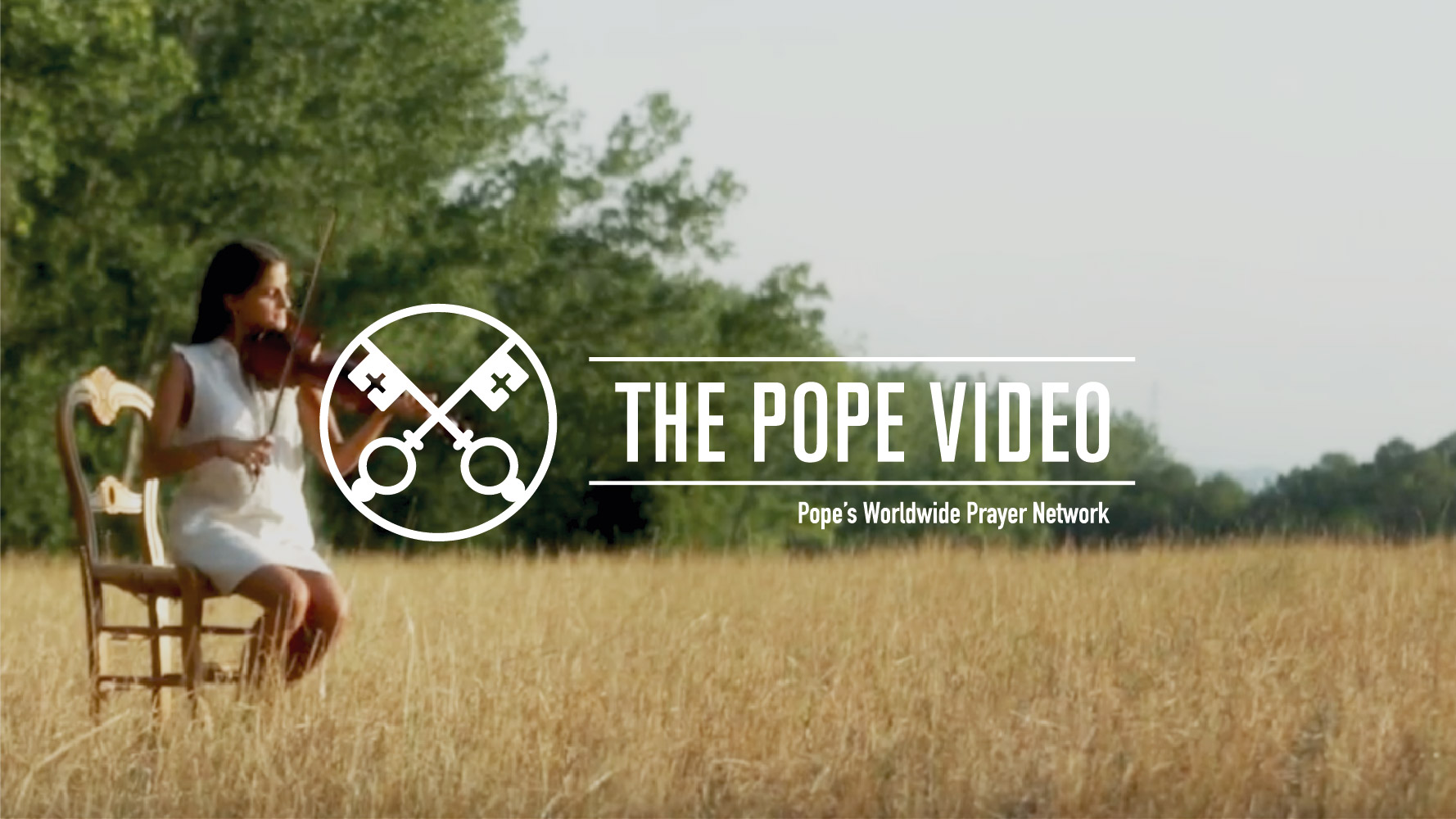 Pope Francis and the Pope’s Worldwide Prayer Network present the 20th The Pope Video. This month the Holy Father stresses the importance of the work of artists to “infect” people with joy and contribute to the transformation of society.

(VATICAN, Aug. 04, 2017) – A violin, a saxophone, a guitar, a piano and other musical instruments from various parts of the world come together to give a distinct and unique feel to this month’s Pope Video with the Holy Father’s August prayer intentions. This month, the Pope stresses the importance of the work of artists as a way of transmitting joy. And he gives this message with a video in which music and scenery are the protagonists.

“The arts give expression to the beauty of the faith and proclaim the Gospel message of the grandeur of God’s creation,” the Pope explains. “When we admire a work of art or a marvel of nature, we discover how everything speaks to us of Him and of His love.”

But in addition to emphasizing the value of the creative work of God, as the imagery juxtaposes the tranquility of the plains with the fervor of a ballerina in the midst of a city, Francis makes a clear call to commit ourselves to caring for and protecting this inheritance. In September of 2016, on the World Day of Prayer for the Care of Creation, he invited all believers to renew our commitment to our personal vocation to be stewards of creation.

“The joy of artists in a world at times gloomy and glum is so good for the soul!” Francis emphasizes. “May artists of our time, through their ingenuity, help everyone discover the beauty of creation.”

Jesuit Father Frédéric Fornos, international director of the Pope’s Worldwide Prayer Network and its youth branch, the Eucharistic Youth Movement, noted that the Pope already some time ago has spoken of the importance of artists: “‘The artist is a witness of the invisible, and a work of art is the strongest proof that the incarnation is possible,’ and the role of the poet, of the artist, is to oppose the ‘throw-away’ culture, and evangelize.”

A social media contest titled #beautyofcreation is also being launched today by the Pope’s Worldwide Prayer Network and the Global Catholic Climate Movement to encourage fulfillment of the prayer intention.  The campaign invites people to be “artists” by taking a picture or making a short video of places in nature where they appreciate the beauty of creation.  The contest is hashtagged #beautyofcreation.

Tomas Insua, Executive Director of the Global Catholic Climate Movement said, “We are working together with the Pope’s Worldwide Prayer Network to encourage everyone to act as artists who see the beauty of creation.  Our #beautyofcreation campaign is about discovering the wonders of nature in our everyday surroundings.  Whether it’s a flower in the sidewalk or the peak of Mount Everest, every bit of creation reveals the creator.”