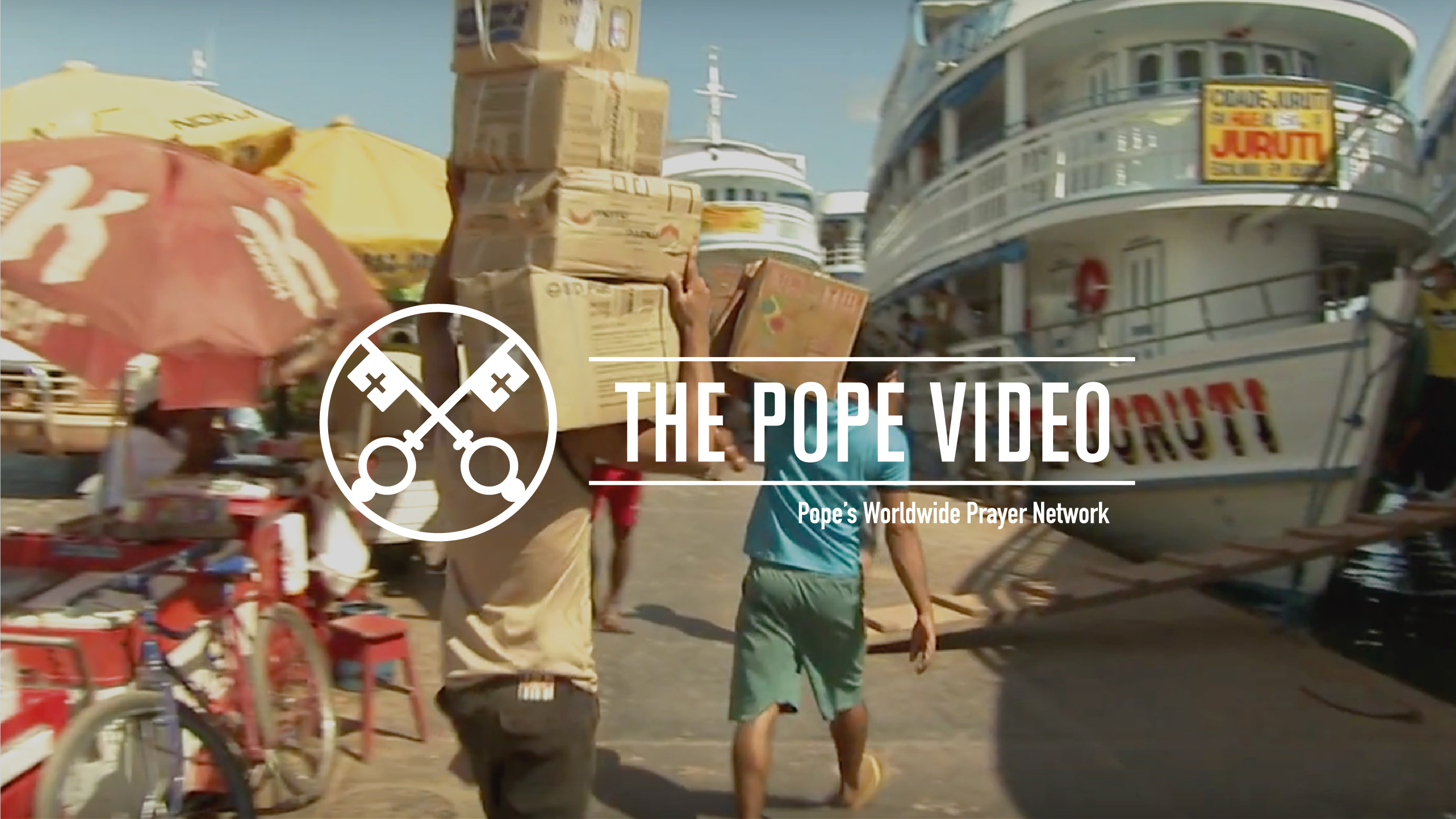 The Holy Father, in this month’s Pope Video from the Pope’s Worldwide Prayer Network, is calling for the protection of workers’ rights around the world.

Vatican, Oct. 3th, 2017 — With certain regions of the globe facing an unemployment rate of more than 25%, the Pope is warning of the consequences that unemployment has in human life. In The Pope Video of October, the Holy Father emphasizes that unemployment impairs human dignity and affects fundamental human values.

“We should always remember the dignity and rights of those who work, condemn situations in which that dignity and those rights are violated, and help to ensure authentic progress by man and society,” says Francis.

“Let us pray that all workers may receive respect and protection of their rights, and that the unemployed may receive the opportunity to contribute to the common good”, Francis invites us.

Jesuit Father Frédéric Fornos, international director of the Pope’s Worldwide Prayer Network and its youth branch, the Eucharistic Youth Movement, explained: “This month, the Pope decided to take up the theme of employment because we are convinced that it is one of the main challenges facing us for the coming years. It is an area in which politics and society should work together to find sustainable solutions for the longterm”.

The intentions are entrusted each month to the Pope’s Worldwide Prayer Network and The Pope Video is produced by La Machi Communication for Good Causes with the support of the Society of Jesus, IndigoMusic, GettyImagesLatam and the collaboration of the Vatican Television Center. It also has Aleteia as a media partner. Since its launch in January of 2016, it has had more than 19 million views on its networks. 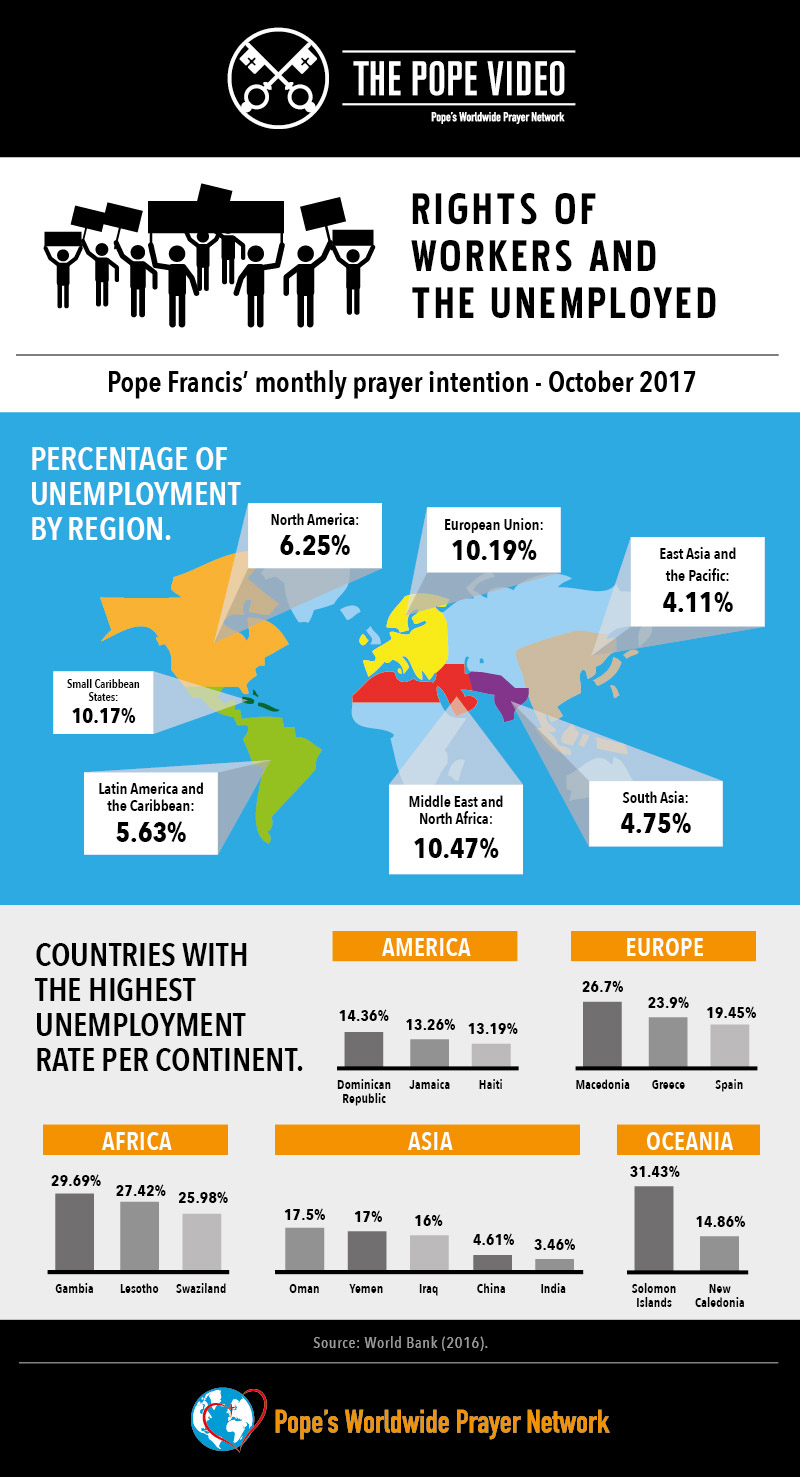 adminFrancis: “We must condemn situations which violate the rights of workers.”10.10.2017