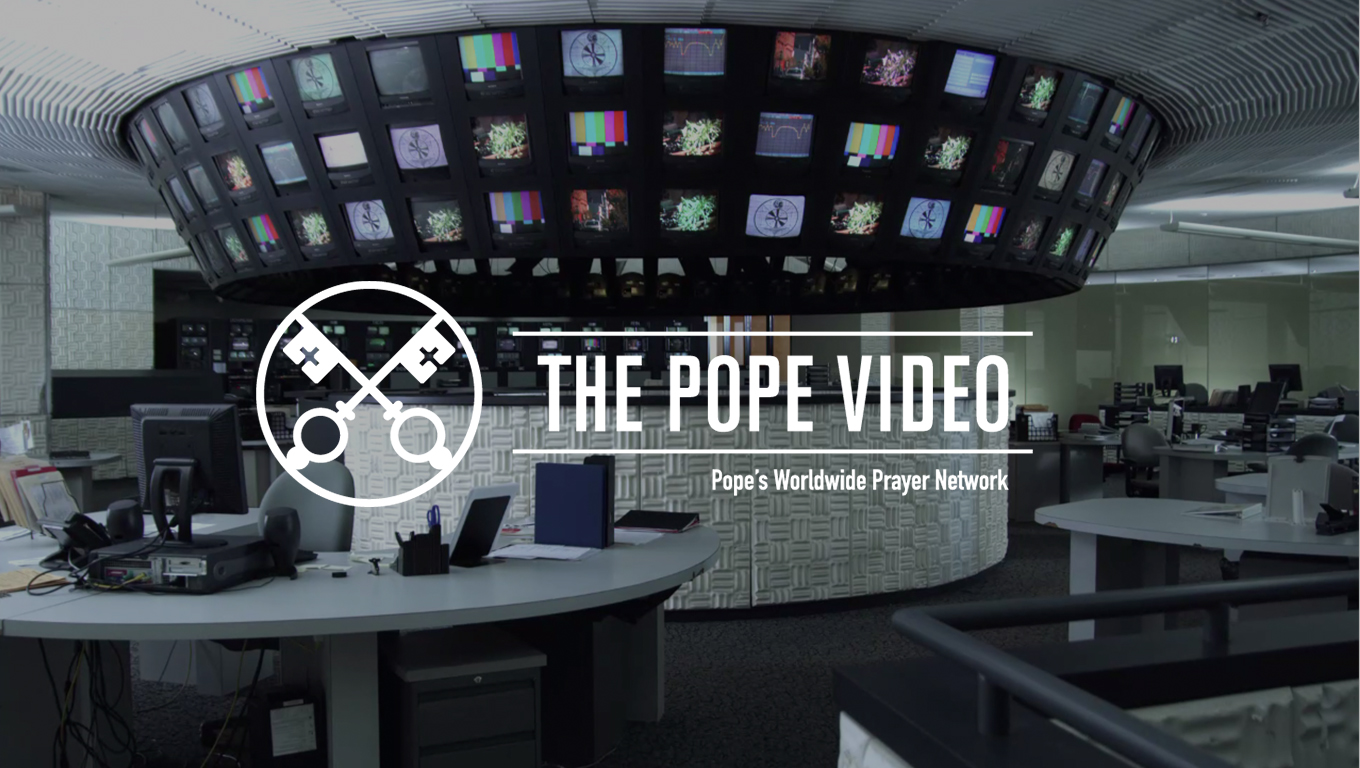 In the October The Pope Video, Pope Francis is deeply concerned with a cause that is always relevant: the exercise of the journalistic profession. And for that, journalists have joined the Pope to support his monthly intention, which seeks to position the media at the service of a culture of encounter. ” Can you help me spread this prayer request? ” asks Francis this month.

(Vatican, October 4, 2016).- As it has done since January, The Pope Video broadcasts and engages with the intentions of Pope Francis for the challenges of humanity. Journalists this month are the protagonists of the video in which the Pope calls them to be motivated by the respect for the truth and a strong ethical sense.

Since the beginning of his pontificate the Pope has had a smooth and strong relationship with journalists. It has been expressed many times to them and has already become a common practice in interactions to see opportunities for the exchange of opinions. “We need information leading to compromise for the good of humanity and the planet. Join me in this prayer request” says Francis in The Pope Video. He speaks in this way not only to them but to the whole world. The Pope’s Worldwide Prayer Network has expressed these different intentions of the Pope with the goal to build a culture of encounter, this month especially in regard to the practice of journalism and the work of the media.

There are various organizations and international federations of journalists who have already demonstrated on several occasions its concern about media plurality and multiplicity of voices, with ethics and “the truth” as pillars of the profession. This adds to the discussion on the state of the rights to freedom of expression and access to information.

Father Frédéric Fornos, SJ, International Director of the Pope’s Worldwide Prayer Network and its youth branch, the Eucharistic Youth Movement (EYM), expressed his position, right on the day that ends the time of prayer called Season of Creation, which the Network is partner together with other Catholic, Christian and other religions’ institutions. “Respect for truth and sense of ethics are pillars of good communication. On September 22 Pope Francis received 400 journalists from the Italian National Council of the Order of Journalists and referred to three fundamental elements of the profession: love truth, live with professionalism and respect human dignity. This month we ask for the journalists in the exercise of their profession, that they may always be motivated by these values, which are those that enable the society as a whole to build the long-awaited culture of encounter.”

Some data from the The Pope Video

For over a century, the Apostleship of Prayer has been publishing to the world the prayer intentions entrusted to them by popes. Now, in its process of recreation, the Pope’s Worldwide Prayer Network emphasizes its role of communicating the prayer intentions and leveraging new media and tools. Its mission is to unite people in prayer and service in response to the challenges facing humanity which the Holy Father expresses in his monthly intentions. Those who participate in this network are encouraged to become apostles in daily life through a spiritual path called “Way of the Heart,” transforming those who take that path in the service of the mission of Jesus Christ. Founded in 1844 and present in over 100 countries, the Apostleship of Prayer unites more than 35 million people in its network, including its youth branch, the Eucharistic Youth Movement. For more information: http://www.popesprayer.net/.

The Pope Video is an idea of La Machi, a creative boutique specializing in communication to advance good causes founded in 2012, with offices in Barcelona, Buenos Aires, and Rome. Its mission is to help companies, NGOs, and religious institutions communicate their philanthropic purposes. It specializes in strategic communication, creative advertising, digital development, and fundraising. La Machi has been recognized as a “Friend of Project Red” (RIIAL) and won the 2015 Mercury Prize for Best International SME Marketing which is awarded by the Argentina Association of Marketing. For more  information: http://www.lamachi.com/en.

adminPope and journalists, respect for the truth and a strong sense of ethics10.10.2016