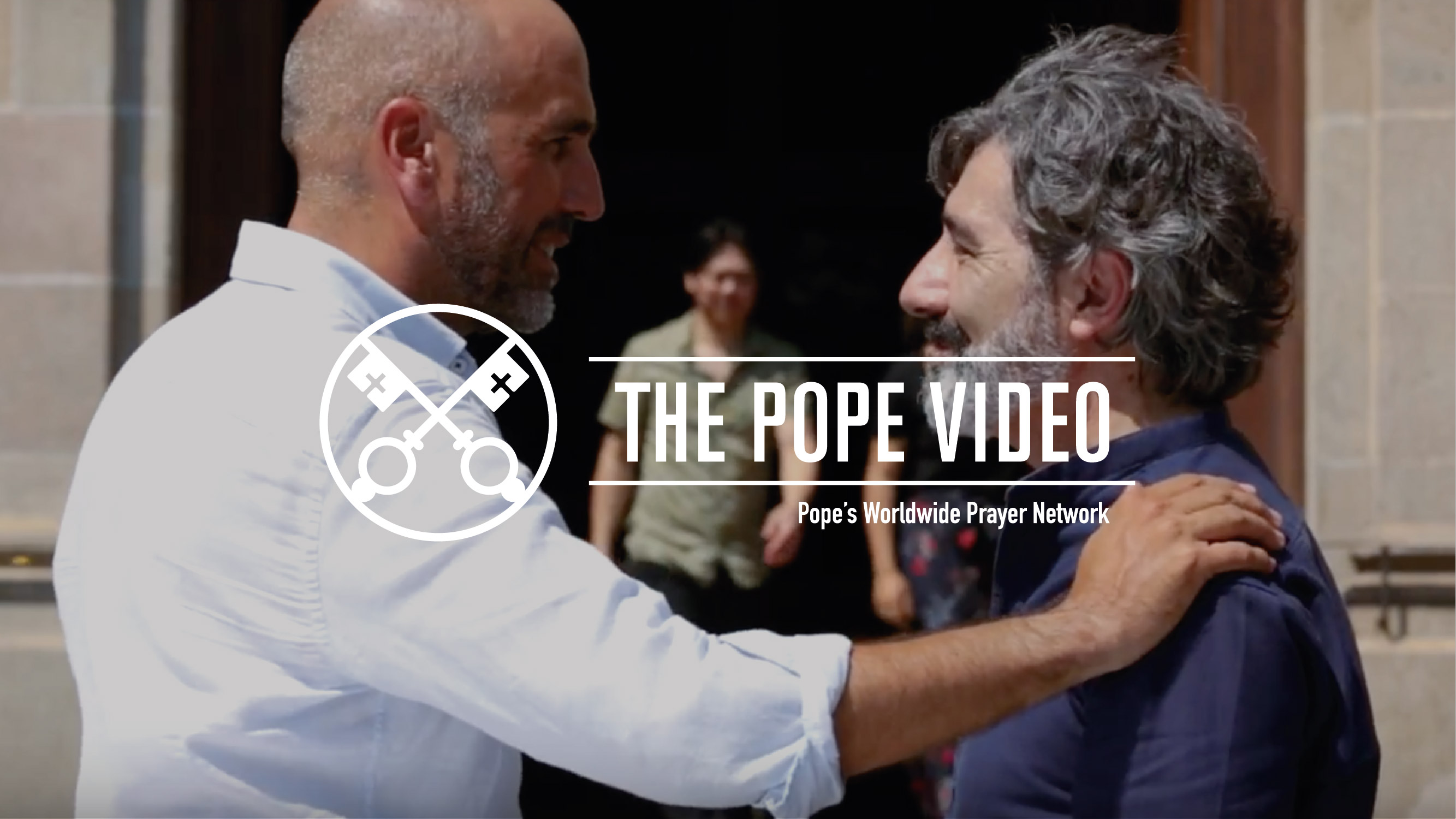 The Pope’s Worldwide Prayer Network is releasing the July The Pope Video, in which Francis calls us to be close to people who have distanced themselves from Christ, and underlines the importance of joy in promoting the Gospel message.

VATICAN CITY, July 04, 2017— The Supreme Pontiff, in this month’s The Pope Video from the Pope’s Worldwide Prayer Network, has shared his prayer intention for July. He asks that Christians who have distanced themselves from the faith not be left alone.

“Let us pray for our brothers and sisters who have strayed from the faith, through our prayer and witness to the Gospel, may rediscover the beauty of the Christian life,” Francis exhorts in the video. “In these moments, we must not leave him alone! We should offer him Christian hope — with our words, yes, but more with our testimony, with our freedom, with our joy.”

The Holy Father emphasizes the importance of transmitting joy as a way of accompanying people who, for whatever reason, have distanced themselves from the Gospel message and Christ’s teachings. He stresses that when a Christian becomes sad, it is a sign that he has distanced himself from Jesus.

With more than 2.2 billion Christians in the world, Francis proposes to go beyond the concrete reality of the Catholic Church and again calls our attention to accompanying those who might be living a crisis of faith. Among his exhortations, the Pope also urges us to offer a path of hope through our personal testimony and the use of our freedom.

“The concern expressed here by the Pope is not new,” said Jesuit Father Frédéric Fornos, international director of the Pope’s Worldwide Prayer Network and its youth branch, the Eucharistic Youth Movement. “In 2013, in his encyclical Lumen Fidei — carrying on the work of Benedict XVI — Francis warned of the danger of losing the faith. ‘There is an urgent need,’  the Pope said at the beginning of that document, ‘to see once again that faith is a light, for once the flame of faith dies out, all other lights begin to dim.’

“In the Gospel of St. John, Jesus says, ‘I came into the world as light, so that everyone who believes in me might not remain in darkness’ (John 12:46). Faith in Jesus Christ has the capacity to illuminate the whole of our existence. It is like a ‘light for my path’ that leads us to green pastures and, even in the midst of difficulties, makes our cup overflow with joy (Psalm 23).”

adminPope Francis asks us to bring joy and accompany Christians who have distanced themselves from the faith07.10.2017