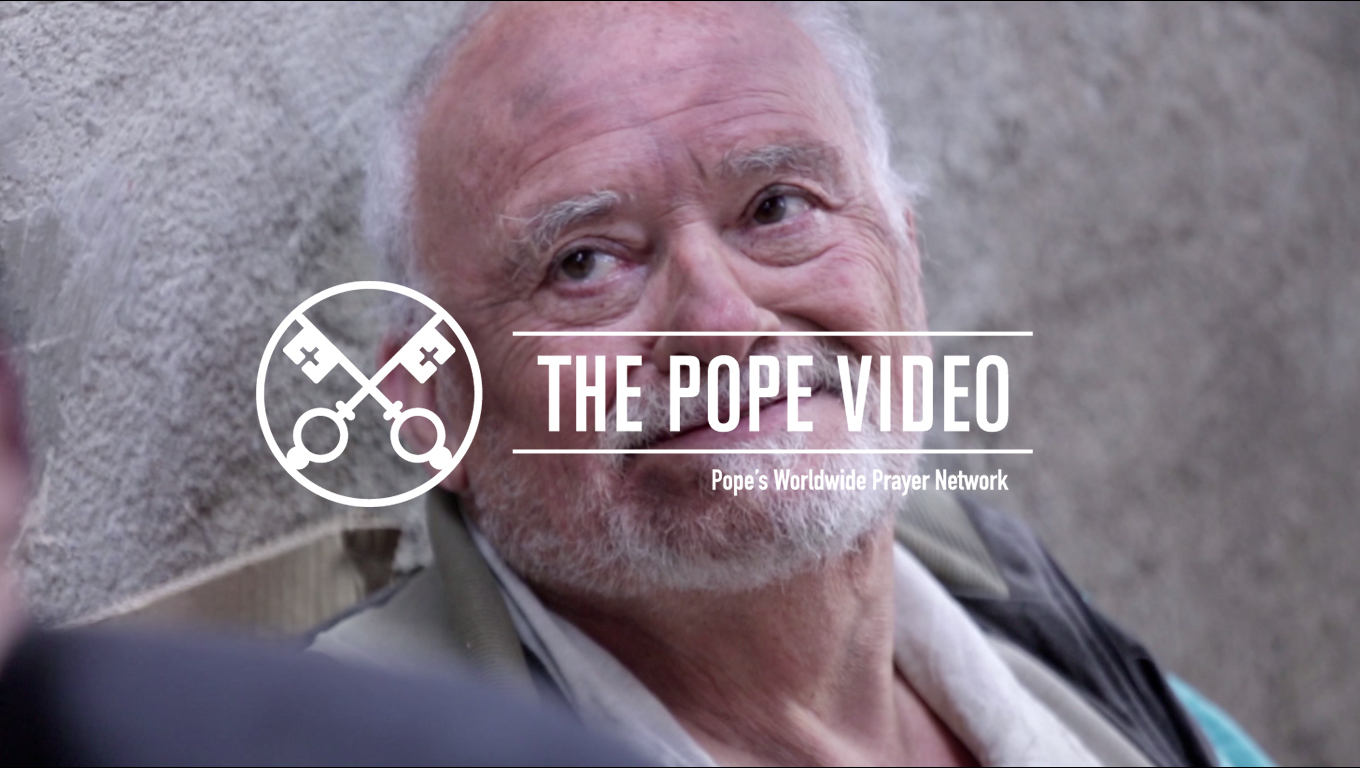 The Pope Video, in its sixth edition, highlights “the aged, marginalized, and those who have no one.” The Pope’s Worldwide Prayer Network created the project to disseminate the monthly intentions of Pope Francis to focus on the challenges of humanity.

(Vatican, June 2, 2016) .- The Pope’s Worldwide Prayer Network today launched the sixth intention of 2016 for “the aged, marginalized, and those who have no one,” with the aim of raising awareness of the frequent neglect of elderly and sick.

The Pope invites all to join his request for the revitalization of solidarity in our cities. “Our cities should be characterized especially by solidarity, which is not only to give to the needy, but to be responsible for each other and generate a culture of encounter” expresses Pope Francis this month.

“Often it is generally believed that marginalized people end up in that situation for purely economic issues, but actually they are also influenced by family problems, social vulnerability or health problems. With the The Pope Video this month we express the intention of Francis of making cities opportunities of encounter and solidarity,” said Father Frédéric Fornos, SJ, International Director of the Pope’s Worldwide Prayer Network and its youth branch, the Eucharistic Youth Movement (MEJ).

There is growing concern about the number of elderly who come into a state of neglect. According to the AgeWatch global index by an international alliance of NGOs, data reports that 1 in 10 elderly people describe themselves alone often or all the time. The Pope Video, by the Pope’s Worldwide Prayer Network, seeks to publicize challenges of humanity expressed by the intentions of Francis, as of this month, so we can together, men and women around the world, change circumstances through prayer and service.

The Pope Video has the support of the following institutions: Society of Jesus, IndigoMusic, GettyImagesLatam, R/GA, with the collaboration of Centro Televisivo Vaticano. We also thank Rome Reports, EWTN, iMision, Aleteia.

adminPope Francis in The Pope Video for June: “Can we ignore or neglect the elderly and sick?”06.10.2016