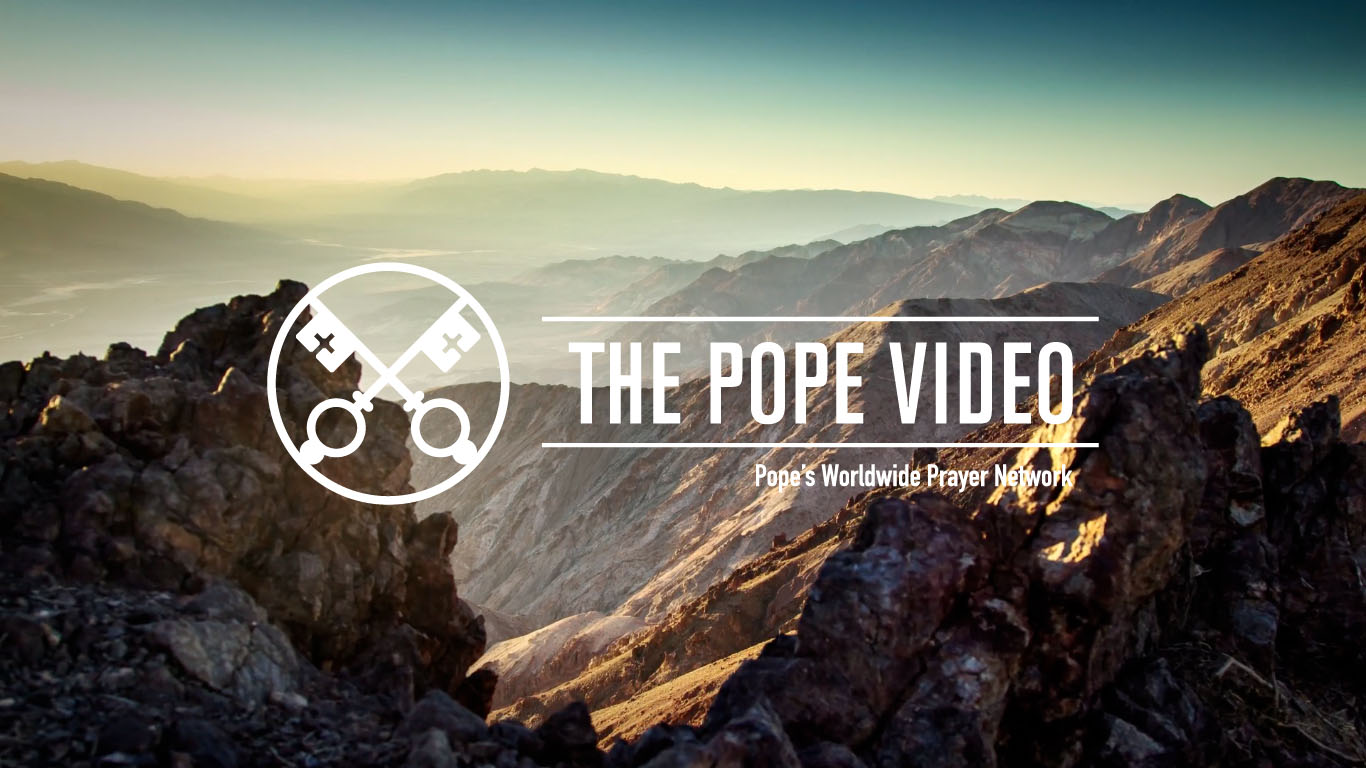 In the February Pope Video, Pope Francis asks people to pray for the care of creation. This is the second video of the monthly campaign of the Pope’s Worldwide Prayer Network (Apostleship of Prayer) through which Pope Francis calls men and women of the world to join him in praying for diverse challenges facing humanity.

(Vatican, February 5, 2016)  Today Pope Francis released a video asking people of the world to unite with him in prayer for the care of creation. This is the second video of the monthly campaign of the Pope’s Worldwide Prayer Network (Apostleship of Prayer) through which Pope Francis calls men and women everywhere to pray in solidarity in response to diverse challenges facing humanity.

February’s Pope Video focuses on ecology and the care of creation. Rev. Frédéric Fornos, a Jesuit priest and international director of the Pope’s Worldwide Prayer Network said, “The prayer intention for February comes at a crucial time for humanity, addressing an area where we urgently need to make changes. The Pope asks us to unite in respect for creation and to act to preserve the natural world for future generations. We need a conversation that brings us together, because we are all affected by environmental challenges, especially the poor and displaced.”

The first Pope Video in January, subtitled in ten languages, has already registered more than 5 million online views and a potential daily audience of more than 114 million people. It seeks to raise awareness about the need for interreligious dialogue, another of the grave challenges facing humanity. More information is available at https://www.thepopevideo.org where visitors can also interact with others on the topics of the videos. The project, conceived and executed by the La Machi, an agency which provides communication consulting for good causes, invites people and organizations around the world to get involved in good causes through https://thepopevideo.org/en/i-want-get-involved.html.

After long planning, this series of viral videos was established through the initiative of the Pope’s Worldwide Prayer Network (Apostleship of Prayer), and required the work of many professionals around the world and the support of Pope Francis and the Vatican Television Center.

About the Pope Video

admin“The Pope Video” for February Addresses “The Care of Creation”02.10.2016