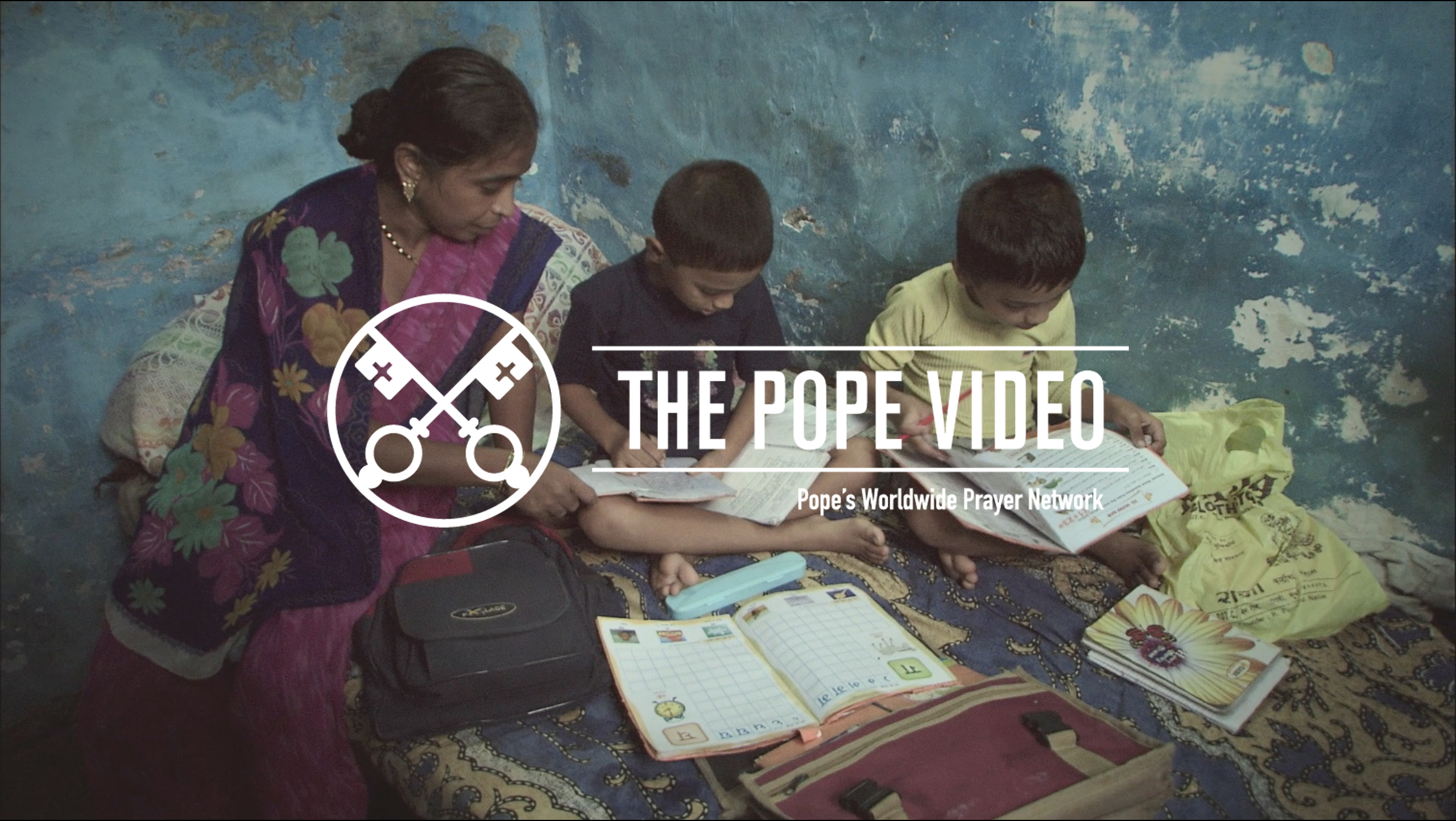 The Pope Video for March, focused in “children and families in difficulty,” is the third edition of the campaign by the Pope’s Worldwide Prayer Network (Apostleship of Prayer).

(Vatican City, March 10th, 2016). This Thursday March 10th, the third edition of The Pope Video -“Children and families in difficulty”- was launched from Argentina to the world. The Pope Video, a series of viral videos made by the Pope’s Worldwide Prayer Network (Apostleship of Prayer) spreads Francis’ monthly prayer intentions and calls men and women everywhere to pray in solidarity in response to diverse challenges facing humanity.

In this third edition, The Pope Video focuses on the protection of families and children and Francis invites to join his intention for the “families in need may receive the necessary support and that children may grow up in healthy and peaceful environments.”

The project, created and executed by La Machi, an international creative boutique agency for good causes, was launched last January and has more than 7 million visits in ten languages.

This video was possible thanks to the support and collaboration of the following institutions: Society of Jesus, Indigo Music, Rome Reports, Getty Images Latam, SADAIC, SICA, SAL, AAA, R/GA. In collaboration with: Centro Televisivo Vaticano.

admin“The Pope Video” for March: “for children and families in difficulty”03.10.2016