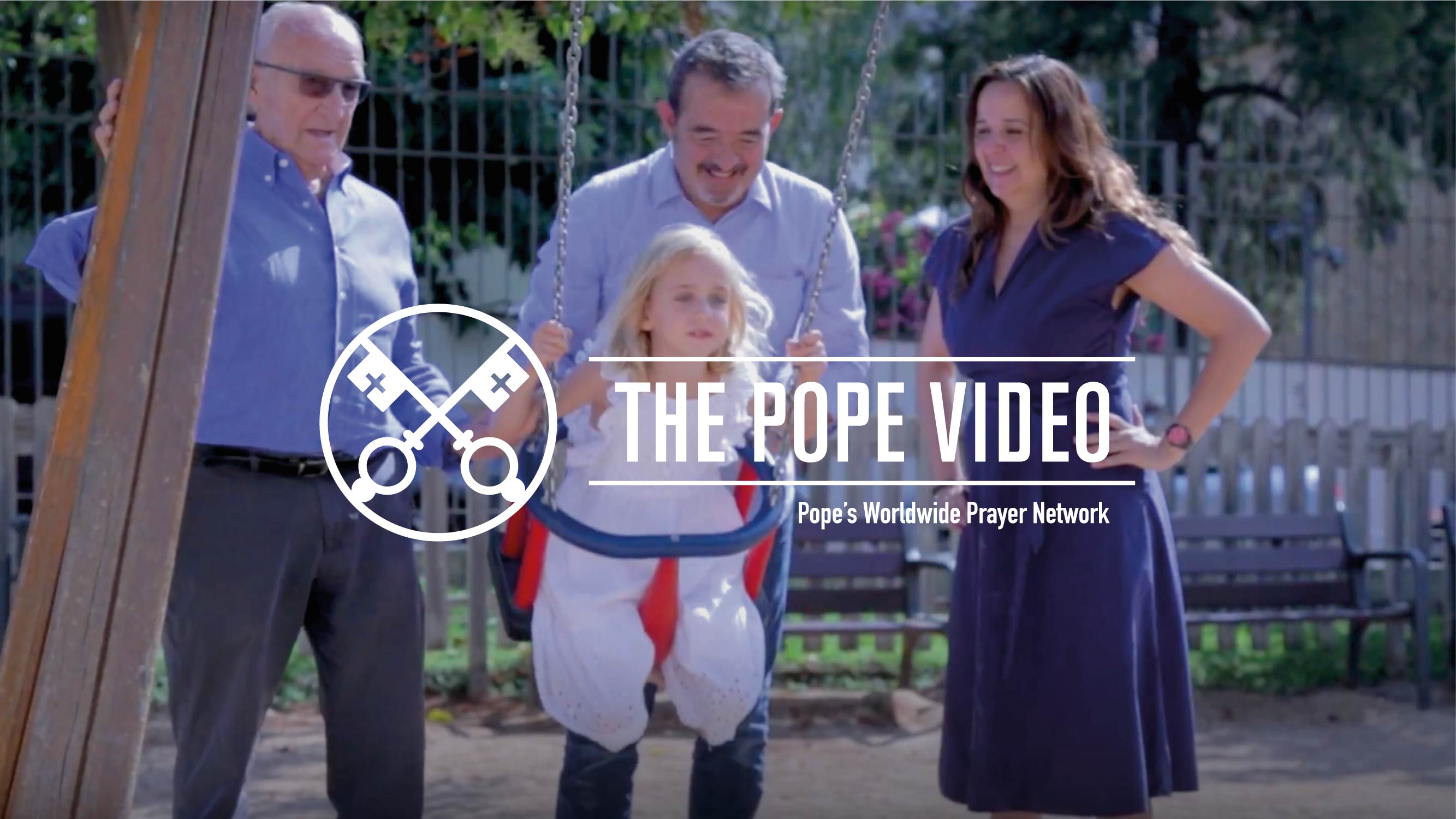 The Holy Father, through the latest installment of The Pope Video, called attention to some of the challenges that threaten families today, and emphasized the need to protect them. The video initiative is run by The Pope’s Worldwide Prayer Network.

(Vatican, August 2nd, 2018) — Pope Francis urged public bodies and businesses to help families progress and to protect them in the face of some of the dangers of modern life. He did this in the latest installment of The Pope Video, in which he also highlighted the need to promote proper family policies in all societies.

“Let us ask Jesus that any far-reaching decisions of economists and politicians may protect the family as one of the treasures of humanity,” the Pope said. “Today’s rhythm of life, stress, pressure at work, and also the little attention paid by institutions, could put [families] in danger,” he added.

During 2014, by initiative of Pope Francis, the Catholic Church held an extraordinary synod to address the topic of the family. Among the principle conclusions to which the cardinals and bishops arrived, were the need to improve preparation for marriage and the involvement of parents in their children’s sexual education.

“When speaking of families, often the image of a treasure comes to my mind,” the Pope said. “It’s not enough to talk about their importance: it’s necessary to promote concrete means and to develop their role in society with a good family policy,” he added.

“Pope Francis dedicates this month to families, and has compared them to a treasure. Family relationships are so important! When families are divided and are destroyed, all of society loses. Everything that supports them, supports our future,” emphasized Fr. Frédéric Fornos, SLJ, international director of the Pope’s Worldwide Prayer Network and of the Eucharistic Youth Movement. “In this month in which we pray that families may be protected, let us also take the time to go deeper into the spirituality of the family, as Pope Francis proposes in ‘The Joy of Love,'” he added.

The Pope Video is an official global initiative to disseminate the Holy Father’s monthly intentions. It is carried out by the Pope’s Worldwide Prayer Network (Apostolate of Prayer). The project is supported by Vatican Media. More information at: The Pope Video.

adminThe Pope calls for families to be protected08.10.2018