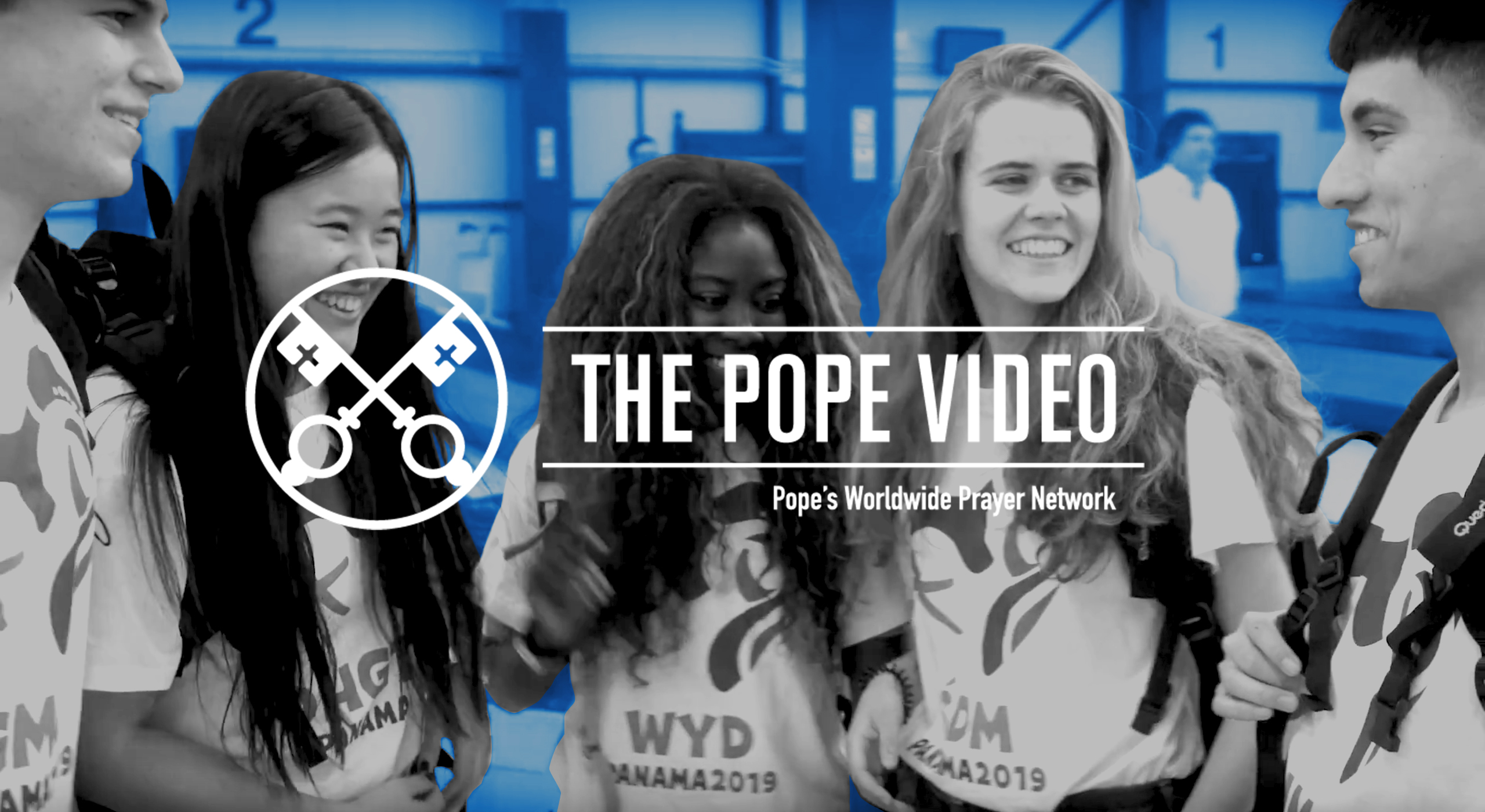 In “The Pope Video” for January 2019, shortly before the World Youth Day begins in Panama, The Holy Father Pope Francis asked that we pray for young people’s evangelization efforts, that they may work for peace.

(Vatican City – January 8th 2019) While hundreds of thousands of young people from around the world arrive in Panama for the World Youth Day that will take place from January 22 to 27, Pope Francis asked that we pray for young people, especially in Latin America, follow the example of Mary and respond to the call of the Lord to communicate the joy of the Gospel to the world.

At the initiative of the Pope’s Worldwide Prayer Network and in collaboration with the World Youth Day, Francis invited the world to pray “that young people, especially in Latin America, follow the example of Mary and respond to the call of the Lord to communicate the joy of the Gospel to the world.”

The Pontiff asked these young people, who are arriving from the most varied countries of the world, overcoming all kinds of cultural, economic, and social differences, to find “in the Virgin Mary a reason for joy and a source of inspiration.” He encouraged them “take advantage of the World Youth Day in Panama to contemplate Christ, together with Mary.”

Pope Francis also invited each of them to pray the Rosary for peace, in their own language, and to ask for the strength to dream.

Fr. Frédéric Fornos, SJ, international director of the Pope’s Worldwide Prayer Network, which includes the Eucharistic Youth Movement, commented on the Pope’s prayer intention. “Where does Mary’s joy come from? It comes from her ‘yes’ to the Lord, from having opened her heart and offered her life to the service of her mission,” he said. He went on to recall the pope’s message to young people on the occasion of the World Youth Day, in which Francis told them, “When God has a proposition for us, like the one He had for Mary. They are not to extinguish our dreams, but to ignite aspirations. To respond to God positively is to make a first step towards being happy and towards making many people happy.”

The Pope’s Worldwide Prayer Network is a pontifical work, with the mission of praying and of living the challenges of humanity that concern the Holy Father, expressed in his monthly intentions. It was founded in 1844, and is present in 98 countries; it is made up of more than 35 million people, including it’s youth branch, the Eucharistic Youth Movement. The Pope approved the organization’s statutes in March 2018. More information at: http://www.popesprayer.va/

adminThe Pope video for January: Pray that young people follow the example of Mary and communicate the Gospel joyfully01.09.2019